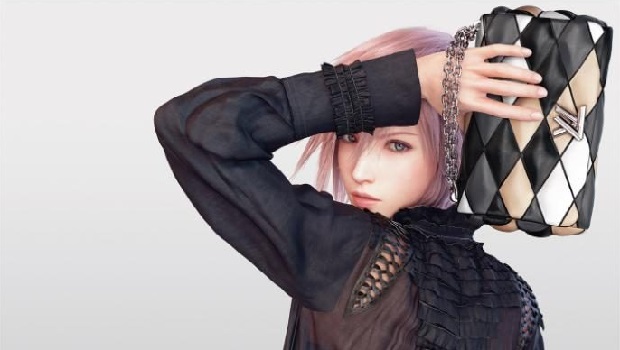 Final Fantasy XIII’s Lightning was recently featured in a campaign by fashion company Louis Vuitton as a model, and the collaboration with Square-Enix has been taken a step further by the company releasing an interview with the character herself.

The majority of the interview [via Telegraph] is about Lightning’s feelings on the campaign and being a model for Louis Vuitton’s line of clothing, but the final question asks about what potential projects Lightning has in the future, and it sounds like she will be making an appearance in some upcoming spin-offs.

I’m currently winding down after a long journey,” Lightning explained. “My days are peaceful; it’s what I’ve always dreamed of. I hope these days last a long time.

But I’m always looking to push myself, to better myself. Sometimes I get the urge to put my life on the line again and test my limits.

One day, not so far in the future, I will be out there again, in a world of strife. But I won’t be the same person I was before. I will return to my origins, like a Mobius strip, but it’ll be a new me, one who has evolved.

I look forward to the day we meet again.”

The phrasing of the answer hints that Lightning may be part of the Mobius Final Fantasy, a Japanese mobile game, but given Lightning’s presence as a face of the Final Fantasy series, a Kingdom Hearts III role is not out of the question.