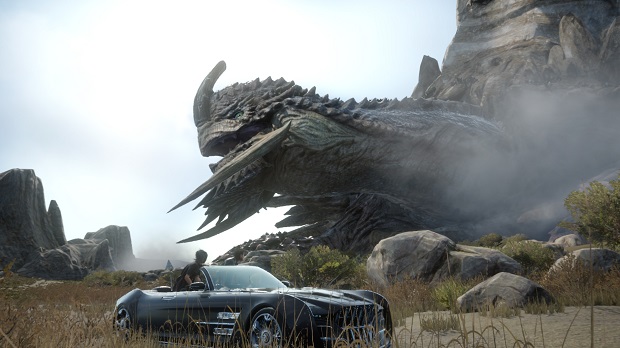 Final Fantasy XV’s director, Hajime Tabata, is hoping that by bringing in concepts that have been absent from the series for many iterations, Square-Enix will be able to create a game that stands with fan’s favorites in the franchise.

“…for 15 we’re very much trying to make a big expansive open world and in a way move back to that more primitive, more visceral, direct emotional satisfaction you get from just walking around the world and exploring, finding new areas and things.

“It’s moved away from the very story-driven, character-driven ideas that were present in a series like XIII, which basically drags the player around to places where the story needs them to go. It’s basically moving back to games closer to 8, or maybe the ones previous to 8 where you’ve got an open world to explore. We’re definitely trying to go in that direction with 15.”

When asked about what he hopes fans feel when playing the game after its long development cycle (the game was originally revealed under the name Final Fantasy Versus XIII in 2006), Tabata says that he wants fans and media to view the game among series favorites not unlike Final Fantasy VI and VII.

“When I ask the fans and the media what their favourite Final Fantasy game is, I want them all to say ‘it’s 15’,” he began. “A personal objective for me and my team is that it’s such a great experience and players get so involved in the world that, by the end, they don’t want to complete the game. They want to keep playing forever. If we can get people to say that, then we’ve really achieved what we wanted.”

Final Fantasy XV is coming to PlayStation 4 and Xbox One, and Tabata believes the game is sitting at roughly 60 percent complete. Whenever the game is compeleted, Square would like to release the game worldwide simultaneously.

A demo of the game will be available to those who purchase the day one edition of Final Fantasy Type-0, and will be roughly four hours long.