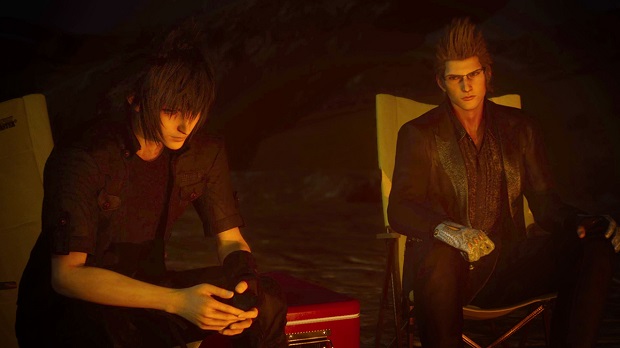 Square-Enix has given a progress update on Final Fantasy XV, but it likely won’t sound like a great leap from what fans were last told.

Speaking with IGN, Square-Enix’s Hajime Tabata says that the game is about 60 percent done (only five percent more than Tabata claimed at TGS back in September), but says that he’s trying to be more conservative with his estimates in order to not mislead fans on the game’s progress. However, Tabata does see the game’s development speeding up in the coming months, saying that “the end is in sight.”

“It’s about 60 percent now,” he says. “People may look at that and say ‘well, you’ve only done five more percent!’ but it’s actually a lot more complicated than that.

“In some ways I’m being very conservative in my estimates there and not wanting to put out too big a number. Developing big games on a large scale like this… it’s not very even in terms of each area of the game being created, so you have uneven development processes where some things are nearly done, and others are still at prototype stage.

“What we’ve tried to do for the demo is we took what we had ready by last autumn and had some teams spend some time to make sure it’s optimised to show to the public now. The order in which you develop something obviously isn’t going to see you complete something and then move onto the next thing, so some things in the middle of development had to be shoved forward to be ready for the public and that’s what we’ve done with the demo.

“But because of the way development works, now we’ve seen a solid milestone, and using that it means the end is in sight in some ways. After that’s released and we continue on with development there may be times where we move on with massive leaps and bounds, so the overall number shoots up by 10 percent at a time. I think we’re looking at a much faster development in the near future.”

Final Fantasy XV is coming to PlayStation 4 and Xbox One, with Square-Enix attributing its long development time to its migration from PlayStation 3. A demo for the game will be available to those who purchase the day one edition of Final Fantasy Type-0, and it will contain roughly four hours of content.