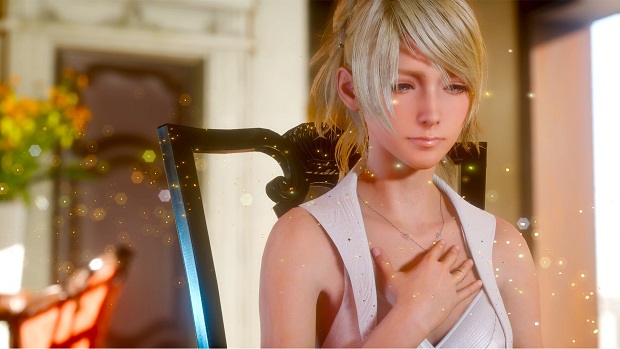 Final Fantasy XV’s party is entirely made up of men, but director Hajime Tabata has revealed that there may be a woman who acts as a guest party member at some point.

Speaking with Famitsu, Tabata explained that a female character may possibly play a temporary party member role, but that her presence may change the entire cast’s dynamic because reasons.

Famitsu: A lot of comments from people who wanted a female party member seemed to stand out.

Final Fantasy XV is coming to PlayStation 4 and Xbox One, and fans got their first taste of the game through a demo packaged in Final Fantasy Type-0. For more on that, check out our thoughts on the demo, or tell Square-Enix how you felt about it.