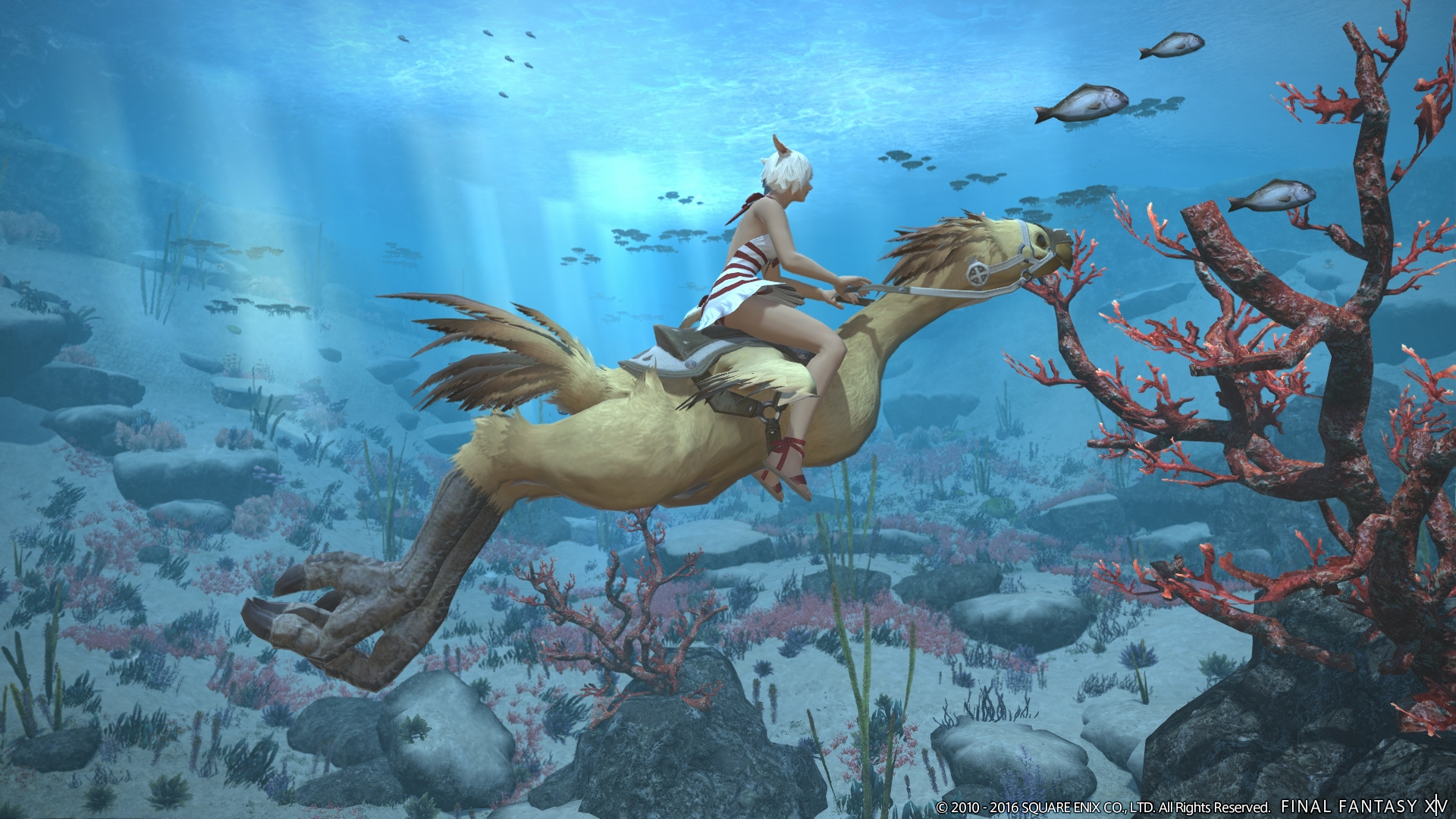 Square Enix finally broke the silence on Final Fantasy XIV: Stormblood, a new expansion pack for the MMO that will launch on June 20.

The announcement coming out of Tokyo’s Final Fantasy XIV (FF XIV) Fan Fest came with a slew of new information about the expansion, which was announced back in October, including new game mechanics, characters and raids.

The highly anticipated red mage job will make its debut in Stormblood as a ranged magic DPS, wielding a rapier and magicked crystal medium. A very mobile attacker, the red mage dives in and out of melee combat, assaulting enemies with red magic and short-ranged attacks. The red mage also has the ability to link multiple spells with chainspell, dealing massive damage and following them up with melee attacks.

This new gameplay mechanic will allow players to seamlessly enter and traverse specific rivers, lakes and seas in both new and existing areas throughout Eorzea. Players will also be able to dive underwater in select locations, even while riding flying mounts. Underwater areas will not only include new gathering locations, but also will provide an opportunity for NPC interaction.

The Ananta, an all-female beast tribe, is the newest of the beast tribes to be introduced to the world of FF XIV. This ancient tribe resides in the mountains near Ala Mhigo and worships the primal Lakshmi. Known for their skill in spell and gemcraft, the Lamia will play a very important role in the Stormblood main scenario as their persecution by the Garlean Empire is revealed.

The Bend of Time – Omega was announced as the high-level raid series for Stormblood. Omega has surfaced within the main scenario in the past, but this menace will soon appear in full force. The mystery behind the appearance of Omega and the significance of “The Bend of Time” will be unveiled through the story surrounding this raid.

Stormblood will also get a packed collector’s edition that includes a copy of the game with special box art by Yoshitaka Amano, a Zenos yae Galvus figure, a Stormblood art book and logo sticker, a cloth map of Eorzea and exclusive in-game items: a Syldra Mount, a Wind-up Bartz Minion and the Chicken Knife.