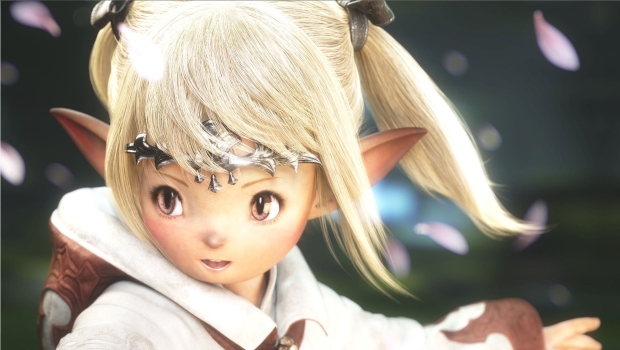 We’ve got a video for Final Fantasy XIV: A Realm Reborn (which comes out tomorrow) that does a great job of showing off part 2 of a great Dungeon Crawl walkthru video.   We’ve got some early impressions for the game while we work on our full review.  Here’s a bit from that writeup:

Of my four characters, my Lalafell Archer currently leads the pack as my favorite. Even though I enjoyed the martial combat of my Elezen Pugilist the most, my Archers ability to engage foes at a distance lends itself to the point and click action outside the city walls. Combat is pretty by-the-numbers MMO-style, but the Final Fantasy games have never failed to make the simple into spectacle. Ribbons of energy dance from my character even when I execute by simple starting abilities, all of which reload quickly. It doesn’t take long for me to figure out my preferred pattern of special and auto attacks to fell the smaller creatures of the field well before they enter striking range. This empty confidence lead me to getting in over my head pretty fast when I attempted to fell a Trient twice my level before it could take me down. With my HP tumbling faster that I could replenish it, I feel all is lost before a pair of Lancers come to my rescue. In seconds the two heroes carve the angry tree-beast into tinder, just before a passing Mage casts a healing spell on me because “why not?” My single serving friends disperse without a single word, I assume driven off from the stink of my shame.

The game is preloading now, and those holding pre-orders are already playing.  Final Fantasy XIV: A Realm Reborn is shipping for PS3 and PC, with PS4 coming at some point in the future.

We also have a bit of info on a special event that team Square Enix intends to have at PAX.

Scheduled from August 30 – September 1, the event will feature opening remarks from the game’s development team, including Producer and Director Naoki Yoshida, Sound Director Masayoshi Soken and Localization Lead Michael-Christopher Koji Fox. Following the presentation, members of the development team will host a special autograph session for fans. Attendees are also invited to hands-on gameplay sessions where they can experience the game’s battle components and compete for prizes. Upon entrance to the event, attendees will be entered into a swag raffle drawing; winners will be announced via Twitter (@FF_XIV_EN).

Final Fantasy swag?  I’m so in…..stay tuned for our final thoughts on the game.