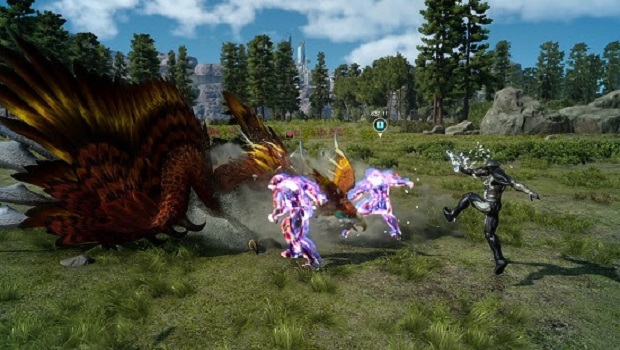 Today, Square Enix released its July update for Final Fantasy XV, which includes some cosmetic and gameplay updates. The game is available now on PlayStation 4 and Xbox One.

The main feature in this update is the addition of Magitek Exosuits, which grant 30 minutes of invincibility per day for Noctis, Gladio, Prompto and Ignis to help players take on the dangerous creatures of Eos. Once invincibility has worn off, players can continue to wear the exosuits in-game.

Other features in this update include a new quest (which can be accepted from the Meldacio Hunter HQ after the completion of chapter 8), a new Cross Chain collaboration system (which is a linked attack system unlocked after the player acquires the Royal Arms: the Sword of the Wise and Axe of the Conqueror weapons), and the return of the Moogle Chocobo Carnival (which will take place until late September if the player owns the FFXV Holiday Pack+).

Final Fantasy XV is available now on PlayStation 4 and Xbox One. Check out Kenneth’s review of the game here, and stay tuned for more news here on Gaming Trend.