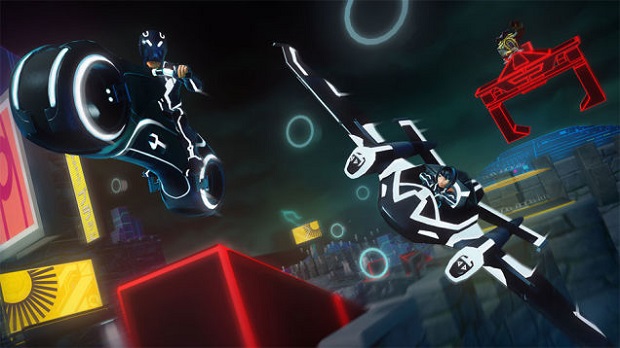 Tron characters are coming to the iOS and PC versions of Disney Infinity 2.0, but they won’t be available as figures like other characters in the game.

Sam Flynn and Quorra from Tron: Legacy are available now for the iOS version, and are slated for a PC release in March. The characters will only be available as a digital download for $2.99 each. Neither character is currently slated for a release on console.

“The iOS version of Disney Infinity has always attracted our largest audience, so we wanted to do something special to celebrate its launch. I can’t think of a more appropriate digital exclusive than Sam Flynn and Quorra from Tron,” said Disney Interactive’s John Vignocchi.

Alongside the announcement, it was confirmed that Sam Flynn and Quorra are the final characters coming to Disney Infinity 2.0.

Disney Infinity 2.0 has launched in both a Marvel Super Heroes pack, and a Disney Originals pack. Characters from the Guardians of the Galaxy to Stitch and Tinkerbell have been released for the game.

For more on Disney Infinity 2.0, check out the Gaming Trend review.