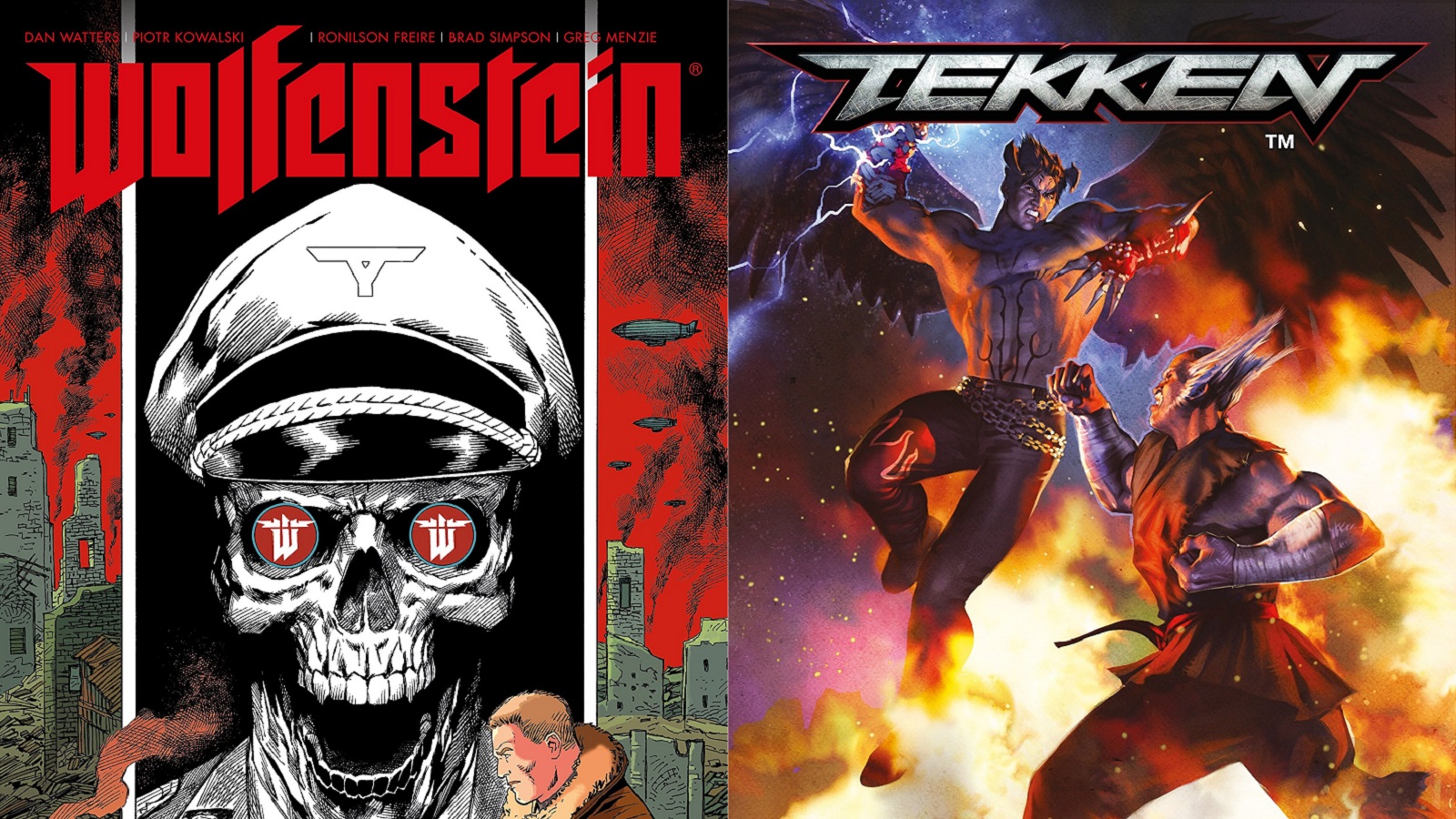 The release of critically acclaimed games Wolfenstein II: The New Colossus and Tekken 7 has been great for fans of shooters and fighters. For those that want some more action, Titan Comics has announced that it will release trade paperbacks of both its Wolfenstein and Tekken comic series on December 19.

The Wolfenstein comic series is a prequel to The New Colossus, and features some characters old and new:

Wolfenstein Volume 1 is an all new comic book prequel to last month’s Wolfenstein: The New Colossus – the smash hit new videogame from Bethesda!

March right into the Nazi occupied USA of 1960 in this stunning prequel with Nazi-hunter B.J. Blazkowicz and New Colossus character, The Professor!

It’s 1960, the Nazis won the war, and a small band of outsiders fight to survive in occupied America. But the relative peace of their sanctuary is shattered by the arrival of Nazis on the hunt for some top-secret quarry. But they’re not the only new faces. A strange old lady has a tale to tell of the legendary Nazi hunter – B.J “Terror Billy” Blazkowicz.

Wolfenstein Volume 1 is written by Dan Watters (Limbo, Dark Souls), with art by Piotr Kowalski (Sex) and Ronilson Freire (Doctor Who, The Mummy).

Tekken’s graphic novel, on the other hand, sets up the events of Tekken 7, with characters converging after the story of the sixth title:

Based upon the biggest fighting videogame franchise of all time, Titan Comics/Bandai Namco’s brand new TEKKEN comic series brings the fight right to the page in a bid to determine the true King of the Iron Fist!

With a history colored by betrayal and bloody violence, the Mishima Clan are not your average family. Now something emerges that threatens to tear not only this broken dynasty – but the entire known universe – asunder! It’s going to take the world’s best fighters to combat this ancient evil – the King of the Iron Fist Tournament awaits!

Check out our reviews for Wolfenstein II: The New Colossus and Tekken 7 , and stay tuned for more news here on Gaming Trend.