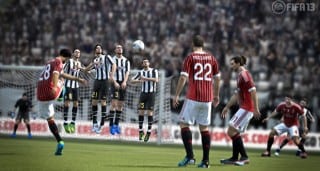 “Our FIFA soundtracks are yearly opportunities to showcase a global roster of breakthrough artists from multiple genres,” said Steve Schnur, Worldwide Executive of Music and Marketing at EA. “For FIFA 13, we wanted to take that excitement to the next level by adding major star power, top indie acts, and more songs than ever before.”