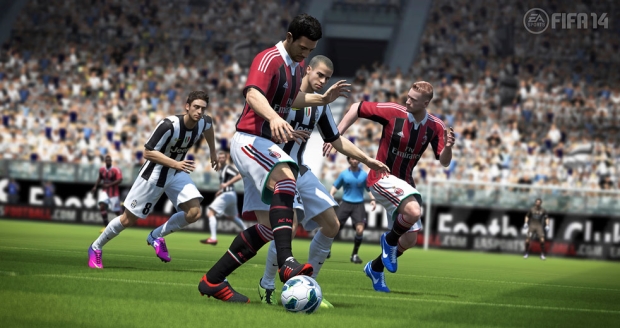 Hot on the heels of Konami’s pre-E3 Pro Evolution Soccer reveal today, EA has posted a new trailer showcasing what the current-gen systems get with the latest installment of FIFA. There is no mention of PS4, Xbox One or WiiU in the video or on the youtube page. Looks like they’re doing in business what’s done in soccer: they’re protecting the ball.  Check out the video which highlights the features of FIFA14 after the break.