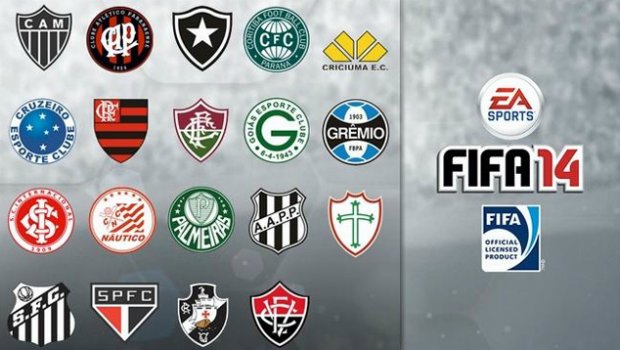 Just in time for the upcoming World Cup in Brazil, EA Sports has acquired the license to feature 19 clubs from the host nation.  Each officially licensed club will feature the authentic club crest, kits and players in-game.

“We’re very excited to bring the stars of the top Brazilian clubs into our games,” said David Rutter, Executive Producer of the FIFA franchise. “For all our fans that support and love Brazilian football, this will only add to the authentic FIFA experience they enjoy, and the additional clubs will bring undiscovered players from Brazil into the FIFA Ultimate Team universe.”

FIFA 14 will feature nearly twice as many officially licensed Brazilian clubs over the last iteration of the game, including 18 teams from the Série A.  Série A is the premier soccer league in Brazil, and is one of the very best in the world.

This is an exciting move for anyone who loves Brazilian soccer.  One of the hotbeds of soccer greatness, it’s only right to have the nation’s top clubs represented in the very best soccer game on the market.  EA’s FIFA franchise continues to push towards total immersion in the world of soccer.

Additional new league and club licenses will be announced prior to FIFA 14’s release in North America on September 24 and worldwide on September 27. The game will also be available on Xbox One®, the all-in-one games and entertainment system from Microsoft, and the PlayStation®4 later this year. FIFA 14 is available for pre-order* on selected platforms now at http://www.origin.com and other retailers.