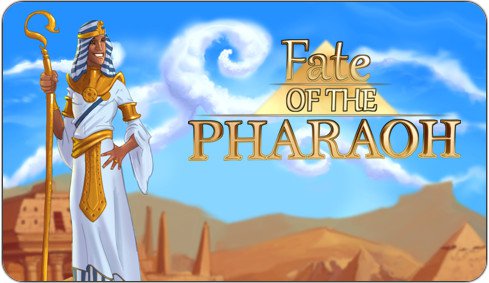 Yesterday, Cateia Games and G5 entertainment have released their fast-paced city builder, Fate of the Pharaoh, on Google Play, Kindle Fire, and Nook. Fate of the Pharaoh whisks you away to mythic ancient Egypt where you are tasked with rebuilding the Kingdom on the Nile. The game strikes a casual tone and features 44 levels divided into 9 chapters, High Definition Graphics, an in-game Encyclopedia, and 9 achievements to earn.

Construct homes for your people, set-up production lines, trade, please gods, fight crocodiles and dangerous cobras while building monuments and famous wonders of Egyptian realm. Then, be visited by aliens from space who will teach you secrets of how to build the mighty pyramids! In addition to collecting taxes, you’ll task your people to fetch water and food, mine materials, repair buildings, upgrade houses and clear obstacles. All of this has to be commanded by you. Manually. Which means your finger will never be still.