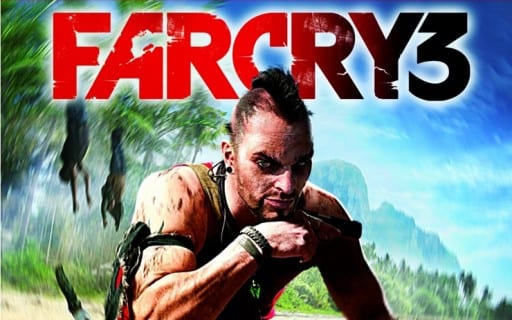 Far Cry 3 was one of the most impressive titles shown, now two E3s running. Not just the visuals, but the sheer insanity of the writing. Today we get a sweet new trailer that gives us a better look at Citra – the crazy (and sometimes topless!) leader of the Rakyat tribe. Thankfully keeping his shirt on, we also meet Dennis – a spiritual guide that’ll help you become a warrior in the game.  In the Press Release section below I’ve dropped a description of both characters.  It’s more background than anything you might consider a spoiler, but I’ve hidden it there just the same.

To go along with these short bios I’ve also got two screenshots and two pieces of concept art.   The one for Dennis  has some backgrounds that are insanely real looking!  See for yourself and then check out the video below. 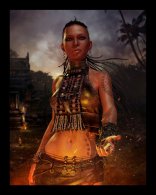 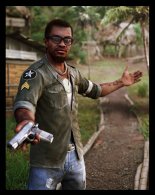 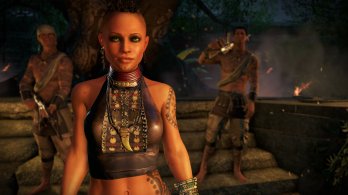 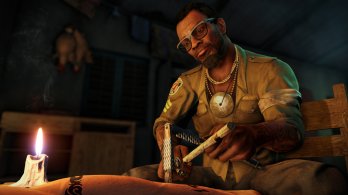