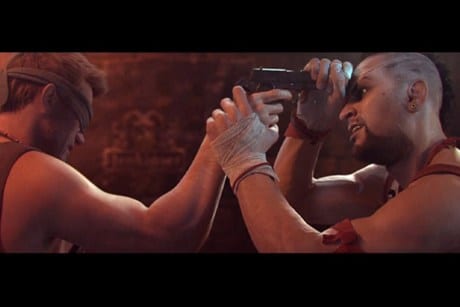 I know that it seems like EVERYTHING is coming in October, but there is a gem hitting in December as well.  I’m talking about one of the titles that critics and fans alike have universally praised since it was first shown, Far Cry 3.  Today we’ve got the next installment in their Survival Guide series entitled “Top of the Food Chain”.  Of course….it doesn’t help when the rest of the food chain is completely insane.  Here’s the story so far:

Beyond the reach of civilization lies a lawless island ruled by violence. This is where you find yourself stranded, caught in a bloody conflict between psychotic warlords and indigenous rebels. Struggling to survive, your only hope of escape is through the muzzle of a gun. Discover the island’s dark secrets and take the fight to the enemy; improvise and use your environment to your advantage; and outwit its cast of ruthless, deranged inhabitants. Beware the beauty and mystery of this island of insanity… You’ll need more than luck to escape alive.