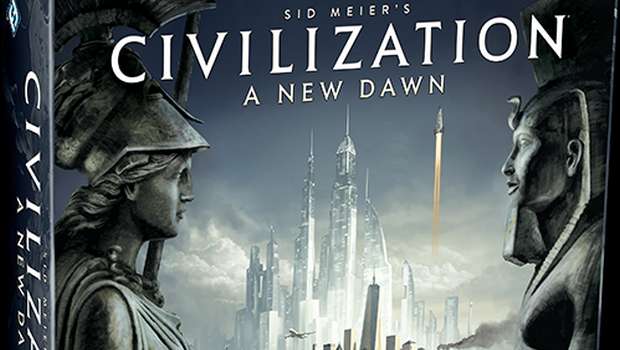 The Civilization video games seem to be huge hits when they are released.  The latest release, Civilization VI, has had overwhelmingly positive reviews and it’s had several updates since the release.  Fantasy Flight Games had the Civilization V license and published a board game with a couple of expansions.  If you’re looking for it, you’ll have a hard time finding it because it’s been out of print for a long time.  However, they are publishing a new version called Sid Meier’s Civilization: A New Dawn.

As the currents of time pass over ancient nations, leaders emerge with a simple goal: to create something grand that will outlive them and work towards a better tomorrow. From humble origins, these individuals strive to advance and build the greatest nation in the world. And now, you can join them. Fantasy Flight Games is proud to announce Sid Meier’s Civilization: A New Dawn! Rewrite history, forge your destiny, and take your place among the most influential icons to ever walk to the earth as the founder of a new age.

Sid Meier’s Civilization: A New Dawn is a strategy board game in which two to four players act as the rulers of history’s most memorable empires. Over the course of the game, players will expand their domains, gain new technologies, and build many of humanity’s greatest wonders. In the end, one nation will rise above all others to leave its indelible mark upon history.

This new game presents players with an undiscovered country to conquer, built from beautifully illustrated map tiles. These would-be conquerors construct and populate the map with barbarians, natural resources, and city-states, then formulate their plans for how they will shape this world to their vision. Their exact goals, however, change with each game. Agendas are detailed on victory cards, three of which are drawn during set up. Players race to become the first to accomplish one agenda on each of these victory cards, spreading throughout the world and ensuring their civilization’s place as the greatest world power.

You can find out more information about it on their website.  The hard part is the waiting, but it looks like it will be released by the end of the year.