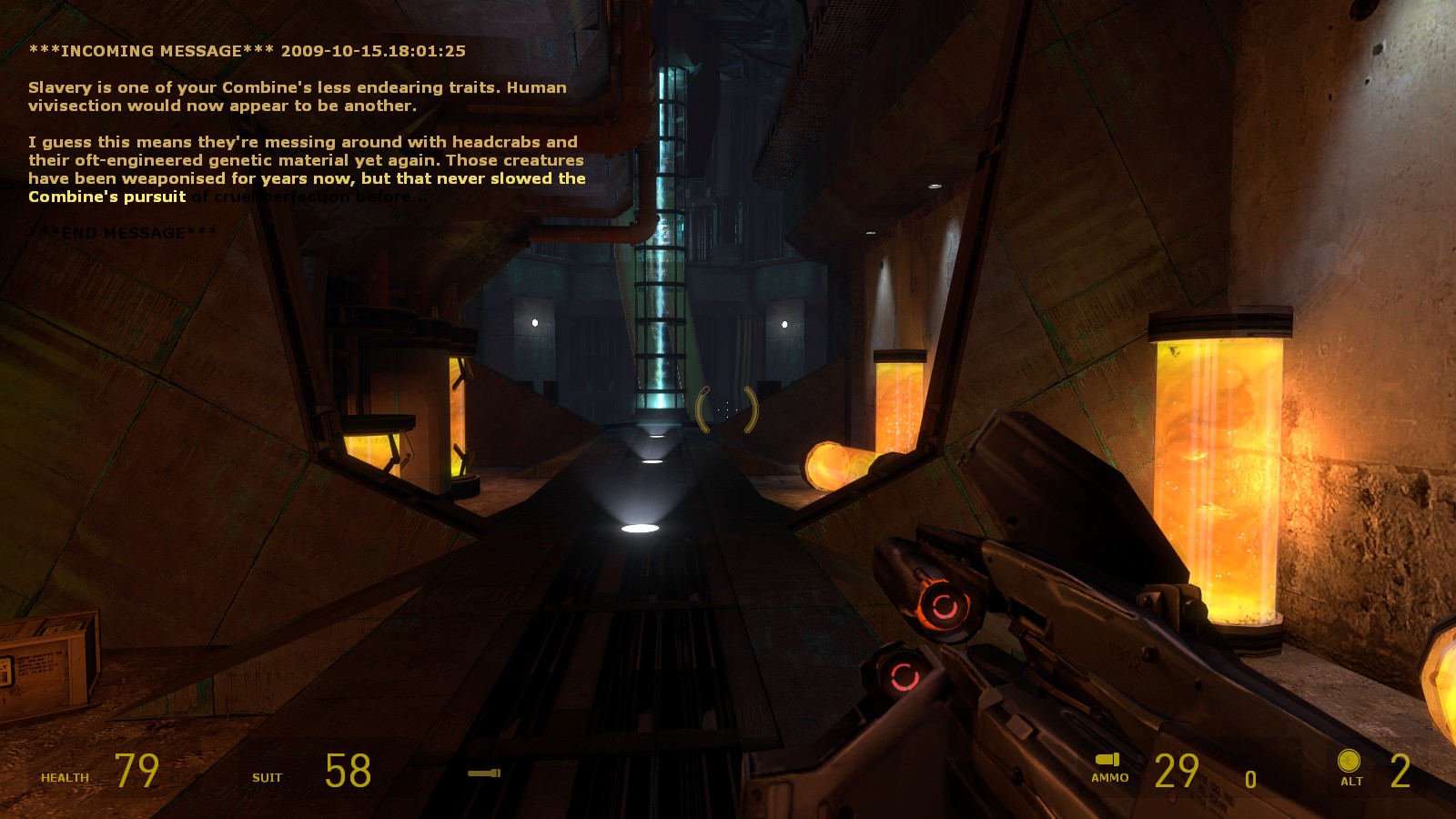 I remember a few years back that, having finished Half Life 2: Episode 1 three different times, I was seriously jonesing for more of Valve’s incredible level design and well-thought, insightful world building.  I tried mod after mod, none ever gave me quite the same thrill as Valve’s masterpiece.
Until I met Minerva, that is.  Minerva–the brainchild of Adam Foster–was the first Half-Life 2 mod I ever played that accurately captured and–dare I say it?–improved upon Valve’s own level design principles.  The maps in Minerva aren’t laid out in gigantic ribbons like Half Life, but are wound tightly, spiraling  up and down the vertical axis in tight curves.  The levels aren’t big, but they’re dense, which might be even better.  The action is brilliantly paced, and the levels themselves tell their own stories in ways you’d think impossible for a mod made by one man.  I don’t want to talk about the plot too much, but suffice it to say that it feels like it fits right in with established Half Life cannon.  I’m not the only one who was impressed by Minerva–the creator now works for Valve.

Regrettably, I lost track of Minerva around 2006, and never got the chance to finish it. But all that has changed–Minerva is up on Steam.  Has been for a while now, actually–I only just found it.  The best part is that  Minerva is free to all players who own  Half-Life 2.

This is a no-brainer; if you’ve ever enjoyed Half Life 2, you should download this mod.  Just be warned that you might have to turn the difficulty down.  Minerva puts her nameless, faceless avatar up against odds that would make even Dr. Freeman hesitate.