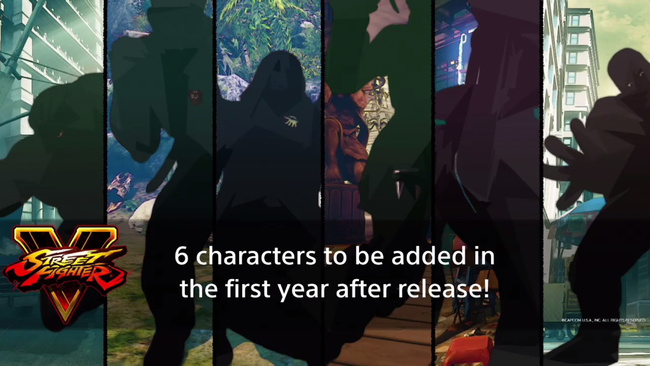 Street Fighter V will be getting six DLC characters after it comes to PC and PlayStation 4 on February 16th, and some fans may have already figured out just who these fighters are.

Through data-mining the PC version of the game’s beta, Shoryuken has found audio files that point to the identities six planned post-launch characters. The audio files make references to the following characters returning as Street Fighter V DLC:

All of these characters will be rolled out over the course of Street Fighter V’s first year, and will be unlockable through either in-game currency or real world money.

Street Fighter V has a 16-character roster in the base game, and one character is left to be revealed that will be a brand new character new to the series.

For more on Street Fighter V, check out one writer’s plan to approach the series twenty years later.