I can’t seem to determine exactly when Fox’s animated comedy Family Guy will begin its eleventh season, so let’s say the September 25th launch date for Back to the Multiverse will exactly coincide with the return of new episodes.  If I’m right, maybe I can parlay my blind luck into some sort of psychic detective gig.

If not, well, no one is ever going to remember because they’ll be much too busy debating which of these retailer-specific preorder deals gave fans the best bang for their buck.

The only thing more exciting than owning a copy of the upcoming Activision video game,  Family Guy: Back to the Multiverse is today’s announcement that pre-ordering the game at GameStop unlocks the exclusive opportunity to receive a free exciting adventure.

The additional content for Family Guy: Back to the Multiverse, the “Space Station Challenge,” is an exclusive challenge where players set out on a mission to save terrified civilians from an evil alien chicken attack. Players can choose Stewie or Chris to navigate through the space station and slay oncoming waves of putrid poultry, all in an effort to protect the innocent. The Space Station Challenge can be played cooperatively, so a friend can join in the fight. Dominating the exclusive challenge along with the full-length game is truly the only legitimate way gamers can declare, “Victory is mine!”

Meanwhile, Amazon preorders can look forward to receiving the “Evil Pack” of character skins and melee weapons to let players control Evil Adam West and Evil Stewie for the duration of the game. 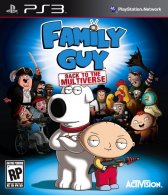 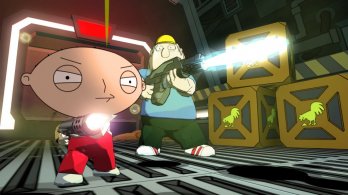