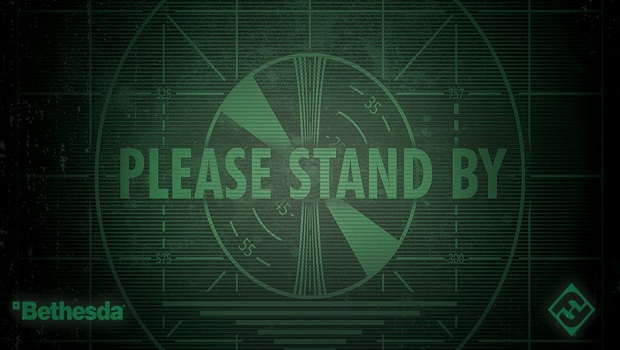 Many fans had speculated that the picture was related to a Fallout boardgame release, and Game Informer has recently revealed an exclusive inside look at the upcoming boardgame by the publisher.

According to Game Informer’s Matt Millar:

The board game version of Fallout looks to Bethesda’s blockbuster titles for inspiration in both gameplay and tone, but establishes storytelling and mechanics of its own that suit the tabletop experience. One to four players (solo play is an option) select one of five playable explorers, from a savvy Wastelander to a stout member of the Brotherhood of Steel. Players range out across a modular, hex-based board that matches with one of several scenarios and settings – all of which are drawn from Bethesda’s core Fallout games or their expansions.

… Like the video games that inspired it, the Fallout board game from Fantasy Flight Games is filled with a satirical sense of humor, offering a potent counterpoint to the bleak surface trappings of the setting. Quest dialogue and cards are often awash in amusing nods to the familiar weapons and equipment from the series (like the devastating Fat Man weapon), or memorable ally characters like Codsworth the robotic butler.

The game looks to embrace the wonderful nuclear world of Fallout mixed with Fantasy Flight’s trademark decision-making style of gameplay. According to the report, the game should be out within the coming months, but more details will be provided as development continues. Stay tuned for more news.