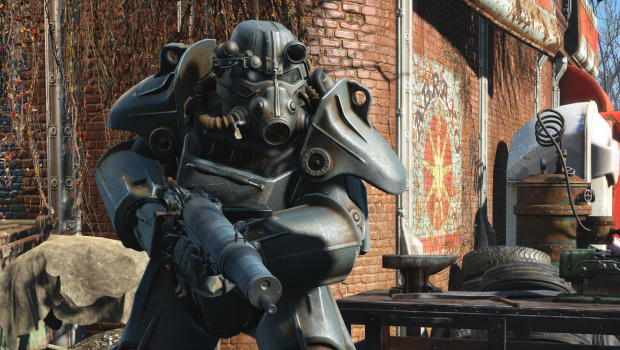 Fallout 4 is getting a big visual upgrade in its next update, Bethesda announced today.

For the PlayStation 4 version, Update 1.9 adds support for PS4 Pro with 1440p resolution, enhanced draw distances, and improved lighting effects. For PC owners, an official High-Resolution Texture Pack will be made available next week. The texture pack will require an extra 58 GB of storage as well as the following recommended PC specs:

These specs are a significant upscale in hardware compared to the recommended specs for the base Fallout 4 experience.

As you can see, the texture pack requires a much more capable GPU and CPU than the standard 2015 version of the game. The graphics cards, in particular, are considered top-of-the-line cards, with the GTX 1080 costing around $600 US.

Both updates are said to be rolling out some time next week. Bethesda also hinted at a future announcement about new Modding features coming to Fallout 4 and Skyrim: Special Edition for Xbox One, PS4, and PC.