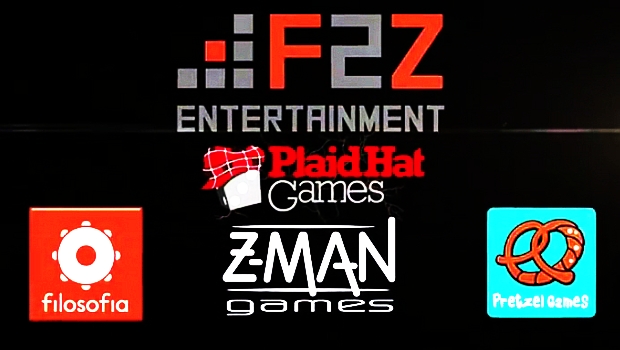 Plaid Hat Games, publisher of such heavily-themed titles as Specter Ops, Dead of Winter, and Bioshock Infinite: The Siege of Columbia, has been acquired by Canadian-based F2Z Entertainment, which owns Z-Man Games, Pretzel Games, and Filosofia. Major F2Z titles include Carcassonne and Pandemic.

Plaid Hat Games has always put a strong focus on the design and development process of making board games and the skill set of the team at Plaid Hat Games reflects that focus. As Plaid Hat Games has grown, the other aspects of the board game publishing business have devoured more and more of the team’s time and attention. This acquisition by F2Z Entertainment allows the Plaid Hat Games’ team to turn their attention back to what they do best as they are bolstered by a super-star production, logistics, sales and marketing team that will have a fast impact on game players around the world having reliable access to the games we create,” comments Colby Dauch, Plaid Hat Studio Manager.

“This acquisition will give the actual and forthcoming titles a wider and deeper reach into the national and international markets over all media support,” comments Sophie Gravel, President of F2Z Entertainment inc.

“Starting next year, every Plaid Hat titles will be simultaneously released by Filosofia. That is wonderful news for our French-speaking fans!” notes Lyne Bouthillette, marketing and communication manager at F2Z Entertainment.