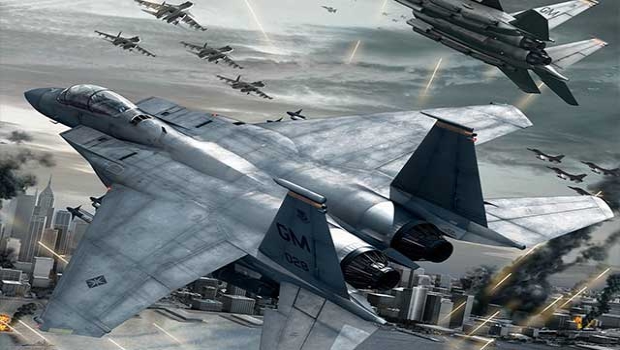 Ace Combat may be silly when it comes to story, but it is also the gold standard for the arcade flight genre.  They are now teasing the game with a second trailer for the upcoming PSN exclusive Ace Combat Infinity.   The game is a free-to-play title that will feature full team co-op multiplayer as well as the OMG jaw-dropping graphics we’ve come to love from the series.  Here’s what we know so far:

Preserving the core gameplay mechanics traditionally used in the series, freedom is at the heart of the experience in ACE COMBAT INFINITY as players dive into the game’s wealth of Free-to-Play content and rule the endless blue skies with impunity. The game combines a near future world setting with elements that have resonated with fans from previous Ace Combat titles, including super-weapons and hyper-realistic visuals. ACE COMBAT INFINITY’s Story Campaign mode will immerse players in an original storyline where they will execute a series of perilous solo missions. In the game’s online multiplayer mode, skilled aces will form two teams of up to four players and compete to inflict the most damage on a common enemy.

In case you missed it, I put both trailers for you to enjoy below.   Ace Combat Infinity is slated to hit PSN in the latter part of 2013 – stay tuned!