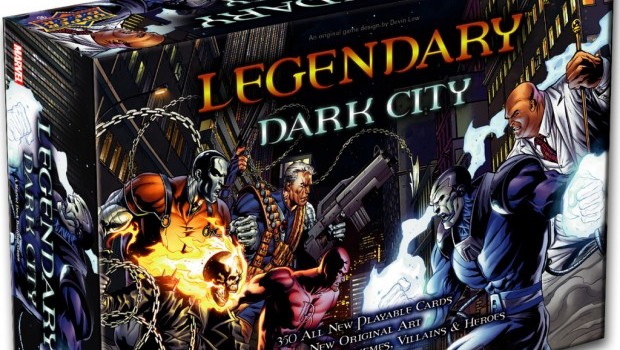 Often times slapping a license on a game is met with disastrous results.  However, the trend with licensed games is improving.  The deck building genre is always increasing, but the idea of creating your own super hero group by gaining new members for your deck is a natural one.  Legendary used the Marvel license to make a great game, and now the Dark City expansion has been released to give you even more gameplay.

The Dark City expansion set will now allow gamers to play with over 850 cards and four new pieces of art for each hero are sure to be a hit with gamers. Dark City still offers the highly popular Heroes against Mastermind theme from the core set and includes new game mechanics with a much darker tone. Dark City includes some of the most recognizable heroes and villains from the Marvel universe including Apocalypse, Mr. Sinister, The Punisher and Nightcrawler!

Those are some great additions from the Marvel universe.  If you have the original Legendary game, then you’ll definitely want to be on the lookout for Dark City.