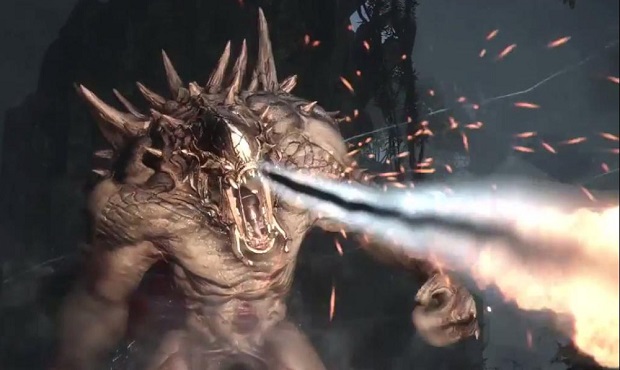 After a brief delay, Evolve’s Big Alpha is now live on PlayStation 4, and has been extended for all platforms.

Publisher 2K revealed it would have to postpone the alpha on PlayStation 4 after issues with the system’s recent 2.00 update, but that appears to be resolved now as the alpha is now live and will now be running until November 4th.

“After exploring all available solutions, we believe we have addressed the majority of known issues affecting the Evolve Big Alpha on PlayStation 4 following the PS4 2.0 firmware update. The alpha test is now live on PS4 after a gradual roll out to registered participants. Evolve’s closed alpha test is also being extended on Xbox One, PC and PS4 through Tuesday, November 4 at 12:00 PM PST (8:00 PM UTC).

Alpha tests analyze and troubleshoot unfinished products. While internal testing shows the majority of PS4 matches are completed successfully, some players will encounter interruptions and issues affecting the Evolve experience. We ask for your patience and participation as we rigorously test Evolve to ensure a successful launch on February 10, 2015.

We thank everyone helping us test Evolve. Your participation in the Evolve Big Alpha plays a critical role in allowing us to develop the best possible gaming experience.”

Evolve’s beta will begin in January exclusively on Xbox One.

The game will be launching on PC, PlayStation 4 and Xbox One on February 10th. For more on Turtle Rock’s 4v1 shooter, check out our preview from this year’s E3.