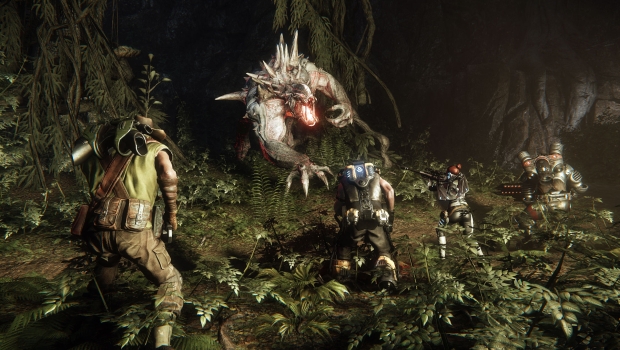 2K has announced that the Big Alpha for Evolve has been postponed for the PlayStation 4.

The company cites issues following the PlayStation 4’s recent 2.00 update as the reason for the delay, and that users playing on PlayStation 4 will receive an invite for Xbox One and PC in the meantime.

When PS4 players will get a chance to try out the Big Alpha is currently unknown. After the game’s current Alpha, the game’s Beta will launch in January exclusively on Xbox One.

Evolve was initially meant to come out sometime this year, but has since been delayed until February 10th so the game could live up to its pre-release reception.

For more on Evolve, check out our preview of the game from this year’s E3.