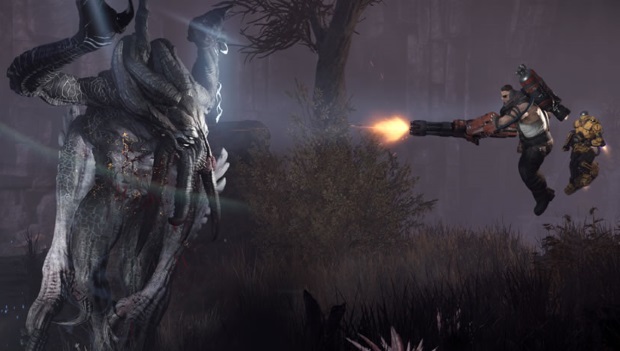 While Evolve recently underwent alpha testing on PC, it looks like its beta will take place only on Xbox One.

At Microsoft’s press conference at Gamescom today, viewers got an extended look at Evolve, and Turtle Rock confirmed that the game’s beta would launch in January exclusively on Xbox One.

Evolve was initially meant to launch this October, but was delayed earlier this month to February 10th of next year so Turtle Rock could ensure that the game would live up to its positive pre-release reception.

For more on Evolve, check out our preview of the 4v1 shooter from this year’s E3.