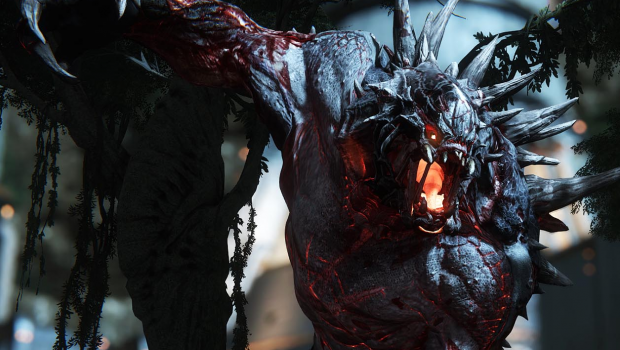 Players eager to get their hands on the shooter Evolve will be glad to know the game finally has a release date.

The former Left 4 Dead developer Turtle Rock Studios has confirmed that the 4-vs-1 shooter will be released on PC, PlayStation 4 and Xbox One on October 21st.

If you pre-order Evolve, you’ll receive a Monster Expansion Pack which “includes the Savage Goliath skin at launch, and a new monster character when available after Evolve is released,” according to publisher 2K.

Check out Gaming Trend’s hands-on impressions of Evolve for more on the upcoming shooter.