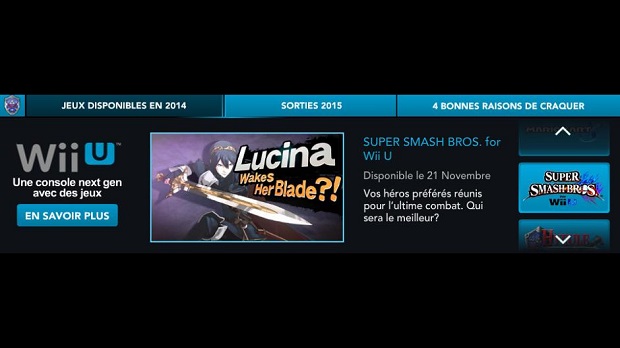 It looks like the leaked Super Smash Bros. for Wii U release date just might be real.

French website Puissance Nintendo is a website that receives advertising from Nintendo, and the current ad is for the upcoming Dynasty Warriors-styled Zelda spin-off Hyrule Warriors.

After the trailer in the ad is done, users can cycle through other menus, including games that are coming out later in 2014. When one scrolls to Super Smash Bros. for Wii U a release
date of November 21st is shown beside it. This is consistent with the original leak, further alluding to the date being real.

For more on both versions of Super Smash Bros., check out our preview from this year’s E3.