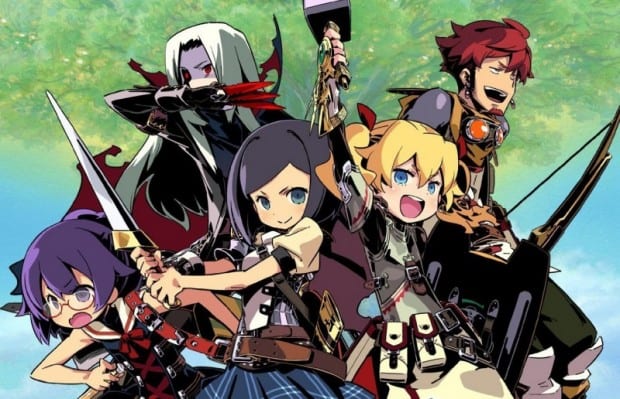 If there is one area that the 3DS excels, it’s RPGs.   The folks at Atlus know this and they capitalize on that heavily.   Today we have a trailer for their upcoming 3DS title, Etrian Odyssey IV: Legends of the Titan. If you’ve missed the first 3 titles, fret not – they are fairly standalone.   Let’s catch up on the story so far, as well as a bit on the game features:

For centuries, the tree Yggdrasil has been a constant presence in the lives of the people of Tharsis. It looms on the horizon, visible from everywhere in the city. But its roots are in a far-off land where no one has ventured until the Outland Count of Tharsis sponsors an Explorers Guild to reach Yggdrasil and discover its secrets. You are the latest explorer arriving in Tharsis to seek your fame and fortune. Board your skyship and set out into the clouds in search of treasure, glory, and the answer to Tharsis’ oldest mystery.

Celebrate the tradition of classic pen and paper role-playing games by using the bottom touch screen to chart out your path, create maps, and identify the dangers you have encountered. A deep character creation and party customization system encourages experimentation and rewards creativity and imagination. Etrian Odyssey IV is packed with improvements and content including an enhanced graphics engine; upgradeable and customizable skyships that let players travel and battle amid the clouds; an exceedingly atmospheric and fully orchestrated musical score from Yuzo Koshiro; expanded, more immersive 3D dungeons with analog camera control; and guild card + character trading functionality via StreetPass.

The game also has a sweet pre-order goodie including a limited edition art book and music CD.   Here’s a link if you are interested in snapping that up!

Look for Etrian Odyssey IV to hit retail as well as the Nintendo eShop for download on February 26th, 2013.   Enjoy the trailer.