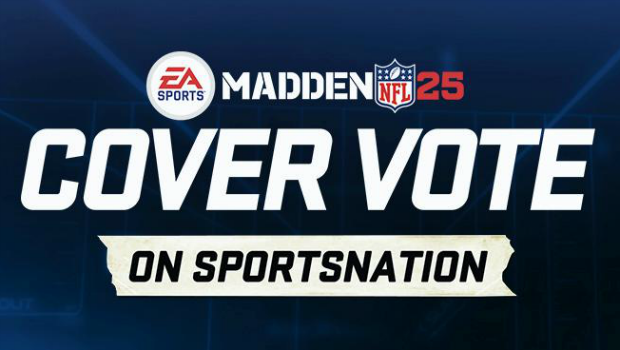 ESPN’s Sportsnation and EA have teamed up once again to give fans the vote for the Madden NFL 25 cover athlete. First round voting has begun and will run until March 20 over at espn.go.com/maddenvote. Voters can select their favorite players from a list of match-ups and follow the tournament until its conclusion on April 24. The Madden Cover Vote is a 64-man tournament style bracket of “old school” and “new school” star players. Players are eliminated in weekly head-to-head match-ups, culminating with a final match-up between the favorite legend and current player.

Can a rookie outlast legends to become the cover man? Can a cult favorite (ehmm, Randall Cunningham) secure enough votes for an upset victory? Will a legend or a fan favorite catch fire and cruise to the top? These questions and more will be answered as voting continues over at ESPN’s Sportsnation page.

Madden NFL 25 will be the 25th edition of the popular NFL franchise and is slated for release on August 27.