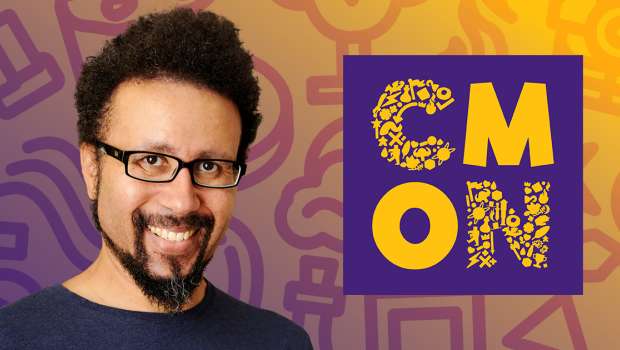 It seems like Eric Lang has had a huge string of hits lately.  The Kickstarter for his latest game, Rising Sun, is a huge hit partially because his name is behind it.  While he has worked with other publishers, most of his recent games have been published by CMON Limited.  Now he has officially joined the staff there.

Eric is an industry veteran, having created tabletop games for over 20 years. During his time in the industry, he has worked with several high-profile companies, including Wizards of the Coast, WizKids, and Fantasy Flight Games, and has designed games based on Lord of the Rings, Star Wars, and Game of Thrones. In 2016, Eric was the recipient of the Diana Jones Award for Excellence in Gaming, and other accolades include multiple The Dice Tower Awards and five Origins Awards.

Eric’s history with CMON includes fan-favorite titles Blood Rage, Arcadia Quest, Bloodborne: The Card Game, and more. “CMON is truly a visionary leader in the game industry. Even with all these amazing games, I feel like there is so much exciting potential for the future, and it’s a great honor to join the team and navigate this future together,” said Eric.

CMON’s Creative Director, David Preti, has worked with Eric on several projects and explains, “Having Eric as part of the team is huge. Not only is he a friend, but I have worked with him, side-by-side, on projects like Rising Sun, Blood Rage, and The Others and seen the craft and dedication he brings to his work. As CMON’s Director of Game Design, I know he will help take the company and its library of games to a new level, and I can’t wait for fans to see what’s coming up.”

CMON has a great talent in Eric Lang, and it will help CMON continue to publish high quality games.