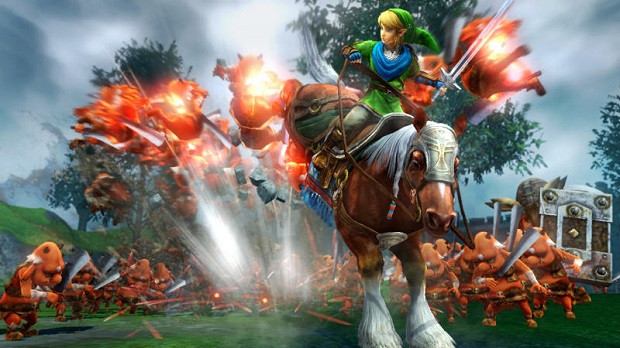 Nintendo has announced that Link’s trusted steed Epona will be added as DLC in Hyrule Warriors.

News of this comes from Legend of Zelda series director Eiji Aonuma, who confirmed on the Miiverse that Epona would act as a different weapon set for Link in a new DLC pack called the Master Quest pack.

“I already had a chance to try out Epona in the game.” says Aonuma. “By riding Epona, I was able to blow heards of enemies away and gallop swiftly through the fields, and I had a lot of fun trying out this re-imagined version of her in Hyrule Warriors”

“In the Zelda series, players never had a chance to tackle bosses by galloping around them with Epona like in Hyrule Warriors, so I hope fans will enjoy playing as Zelda characters in a game with a different type of action than you typically find in the original series.”

In addition to Epona, the Master Quest pack will include a new scenario, maps and costumes when it launches on October 16th.

Hyrule Warriors launched on Wii U exclusively today. For more on the Dynasty Warriors-styled Legend of Zelda spin-off, check out the Gaming Trend review.