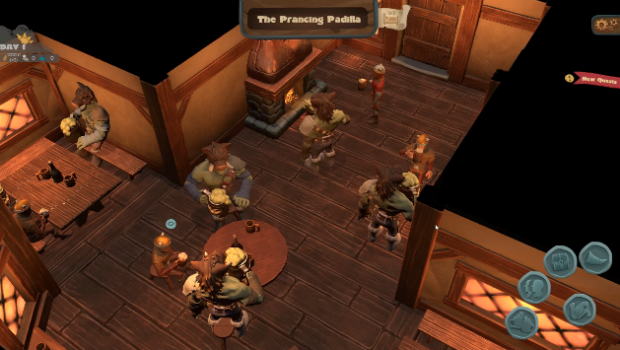 Epic Tavern, an RPG tavern management sim from Hyperkinetic Studios, has been announced for Q1 2017 on Windows PC. RPG storytelling and business management collide in Epic Tavern, where players manage a pub frequented by adventurers and direct patrons through rich quests that permanently alter the world.  A gameplay video has been made available and is below.

As the “Tavernmaster”, players will customize and improve their establishment to attract strong adventurers, who in turn are sent out into the world to quest, crush monsters, bring back maidens and perform various other adventurous tasks. Success and failure is determined by the shrewd decision making of the tavern owner, who must select the right men and women for each job.

“Epic Tavern‘s dynamic quest lines and macro-level party management fuels an RPG that places the fate of a tavern, its patrons and the surrounding world in the hands of the Tavernmaster,” said Rich Bisso, CTO and co-founder at Hyperkinetic Studios. “Brimming with tough decisions that have lasting consequences, Epic Tavern‘s world is constantly reacting to the Tavernmaster’s influence.”

To learn more about Hyperkinetic Studios, please visit http://www.epictaverngame.com.  Keep checking with Gaming Trend for updates on this upcoming game.