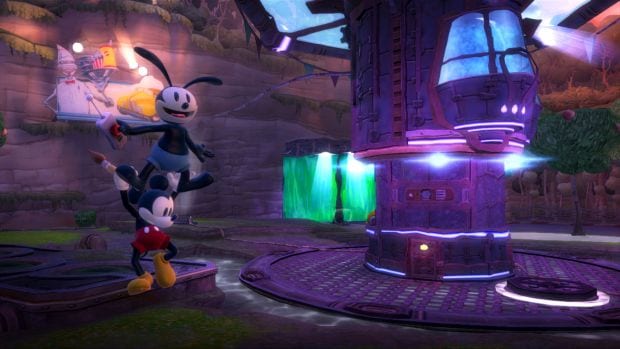 It’s been a sad few weeks for game developers, with the layoffs at Gas Powered Games, the entire THQ debacle, and now this. We had reported yesterday that rumors were flying about Epic Mickey studio Junction Point closing, but as of today, it’s official: Disney is shutting Junction Point’s doors for good, leaving about 150 artists, designers, and programmers — Warren Spector among them — out of a job. From The Austin Chronicle:

Representatives for Disney, the studio’s parent company, have been quoted ad nauseam, saying, “These changes are part of our ongoing effort to address the fast-evolving gaming platforms and marketplace and to align resources against our key priorities.” That roughly translates to “eff you.” What that means for the 150-odd employees of the studio is that they are out of jobs. There were hints of trouble after Epic Mickey 2 shipped and many employees were forced to go on extended “vacations” which became permanent today.

Epic Mickey 2: The Power of Two was Junction Point’s final title, and it fared far worse than its predecessor — averaging a Metacritic score of 59 for the Xbox 360 release, and selling around 270,000 copies across all platforms. Whether the game was any good or not, it’s still sad to see so many people lose their jobs in any case, and our thoughts go out to those affected by the closure. Hopefully everyone will be able to land on their feet.