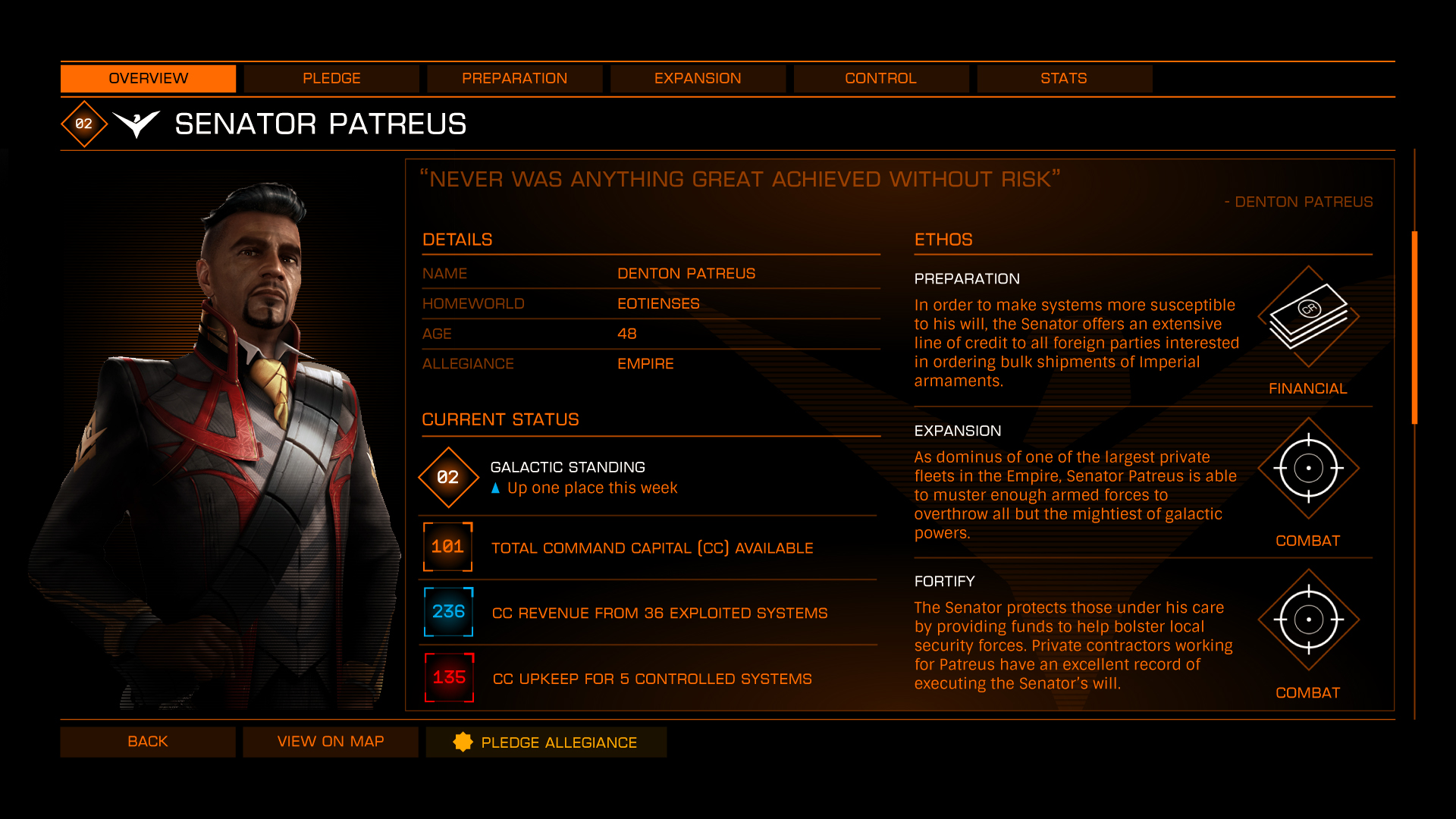 Today, Elite: Dangerous developer Frontier Developments announced via newsletter their next major content update in “Powerplay”. The last major content update was “Wings,” which was released as part of the 1.2 update on March 10th of this year, adding functionality for wings (the ability to fly in groups), new ships, among a slew of other changes.

“Powerplay” aims to allow players to participate in “an ongoing battle for interstellar conquest and control” by allowing you to ally with “Powers,” organizations that will give the player missions based on their own “ethos and methods”.  The galaxy map will be receiving a new tab that allows players to see a specific Powers borders, the types of systems they control, who their neighbors and enemies are,  and how the map changes every week.

Each Power will be fleshed out with background and a figurehead.

In “Powerplay,” every week there will be a new opportunity to expand the galactic influence of the players chosen power. Players can perform actions to weaken enemy control over their systems, fortify territory against rivals trying to undermine them, or prepare unoccupied systems for conquest. This creates zones where Powers can duel to expand their borders. Players will be the ones designating the targets, and every week objectives will be created to lead to the targets capture. The opposing side will always have an objective to stop them.

Players can choose whether or not they want to participate, and choosing to do so can impart benefits (though some are only active in friendly territory). Powers can expand, but they can also be eliminated entirely. Players can also participate in the creation of new Powers by supporting smaller factions until they are strong enough, and they can also defect if another Power seems like a better option.

“Powerplay” will also bring with it a slew of other additions and changes, just as “Wings” did. These include things such an overhauled mission system and even new ships.

If you want more details, then be sure to read the newsletter, and for more on Elite: Dangerous, check out Gaming Trend’s review.