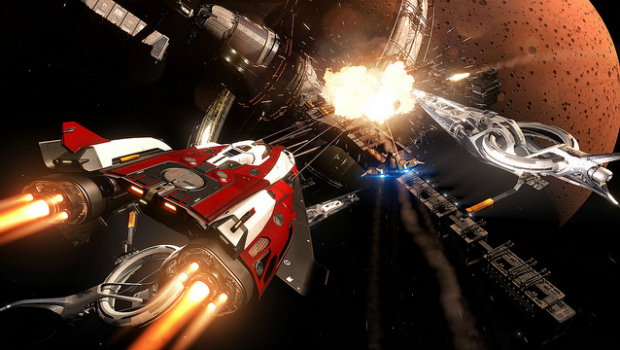 Frontier Developments Founder and CEO David Braben made the announcement via the PlayStation Blog, stating that the game will make “full use of the PS4 and the unique features of PS4 Pro.”

Elite: Dangerous is a space flight, combat, trading, and exploration simulator boasting a one-to-one rendering of the Milky Way galaxy, featuring 160 thousand in-game stars “taken from real star catalogues.” Players may explore the vacuum of space aboard their ship to pursue unidentified signals, do combat with other players, or explore planet surfaces with an on-board Surface Recon Vehicle.

Elite: Dangerous is expected to be released on PS4 in Q2 2017. Originally released on PC, Elite: Dangerous made its console debut on Xbox One last year. We gave the console port an 85 for its “intuitive cockpit interface” and its “vast universe with plenty to see and do.”