For those of you who have played…no…experienced Elite: Dangerous, you have a good idea of just how difficult bringing such a complex and nuanced game to a console, but that is exactly what the team at Frontier Developments is going to do.   Today, they’ve announced that Elite: Dangerous will be coming to the Xbox One and Mac later this year.  We’ve got a few screenshots to check out from that GDC zero-day announcement, but let’s get into the meat of that statement first:

Elite: Dangerous is the critically acclaimed third sequel to the genre-defining Elite, created in 1984 by David Braben and Ian Bell. Elite: Dangerous brings gaming’s original open world adventure into the modern generation with a connected galaxy, evolving narrative and the entirety of the Milky Way re-created at its full galactic proportions.

Starting with only a small starship and a few credits, players do whatever it takes to earn the skill, knowledge, wealth and power to survive in a futuristic cutthroat galaxy and to stand among the ranks of the iconic Elite. In an age of galactic superpowers and interstellar war, every player’s story influences the unique connected gaming experience and handcrafted evolving narrative. Governments fall, battles are lost and won, and humanity’s frontier is reshaped, all by players’ actions.

Elite: Dangerous for Xbox One will include all content added to the PC version by February’s Community Goals content update and March’s Wings content update. Available for free next week on PC, Wings unites players to cooperate and collaborate across the galaxy and share in the rewards together. Wings will empower players to help protect friends on a risky trade run, spread out to map systems or hunt prey, and work together to reshape the galaxy.

Elite: Dangerous spells the return of a genre that many thought to be dead and gone, but don’t think that gives it a pass by default.  Niko took a look at the game in depth and gave it a pretty solid review, citing the enormous scale, unique activities, and incredible attention to detail as its highlights.  Whether you play as a bounty hunter or a miner, Elite: Dangerous is a title you should have in your library.   And now…even the console crowd can enter the fray.

Elite: Dangerous for Xbox One is planned to launch in 2015. 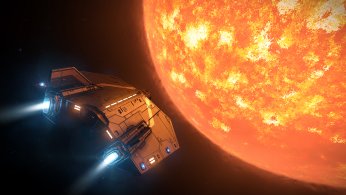 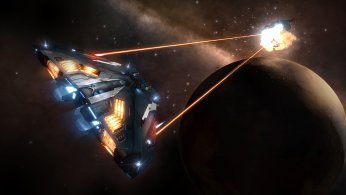 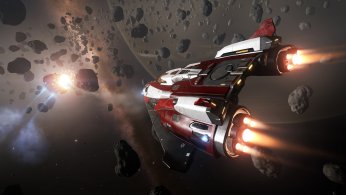 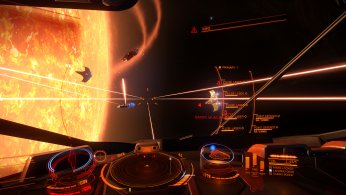 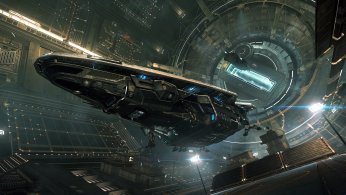