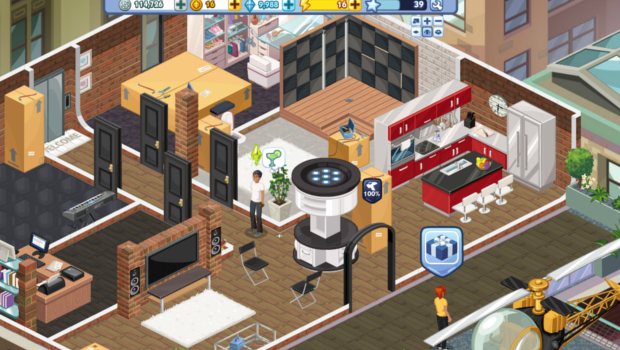 Hot on the heels of winning the infamous Worst Company of 2013 title from the Consumerist, Electronic Arts has decided to break into an early lead for the 2014 race. Popular but apparently not sufficiently profitable Facebook games The Sims Social, Simcity Social and Pet Society are all getting the axe in June according to online industry mag Develop. When I say ‘popular’, I don’t mean among a few dozen people – we’re talking about games which still log millions of monthly players collectively, and hundreds of thousands of daily players according to the available statistics. If you’ve purchased in-game currency for these titles recently, well… don’t count on a refund. Just be sure to spend it before the chopping date rolls around. Then again, since a large part of the point of purchases in these games is to have something to play with and show off to your friends over time, the planned plug-pulling would seem to make any acquisitions rather moot.

Now, Electronic Arts’ “Worst Company of 2013” win has been controversial to say the least. After all, surely there are companies out there which are more heinous or offensive – I’m sure there’s an existing business whose gross profit margins come largely from sales of lead-painted pacifiers to war orphans or something along those lines. But it’s acts like these – and this is just the latest questionable act EA has taken towards its consumers – that give the impression of a company that not only couldn’t care less about the people playing their games, but on a certain level actually loathe them. At this point I half expect Madden 25’s cover to be Joe Montana scowling and flipping a middle finger, flanked by a couple of EA executives mooning the player.

Of course, I say all this while understanding why EA could conceivably take the axe to these three games. They are a business entity, their goal is to make money, and if a game is very popular yet not earning its keep, well… at the very least you cannot maintain the status quo. Popularity doesn’t pay the rent in and of itself. At the same time, we are talking about games that have literally hundreds of thousands of players – players who have sunk quite a lot of time and, in some cases, money into these titles. These players – and consumers in general – are well within their rights to ask whether Electronic Arts showed the proper amount of commitment not only to these titles, but to the players themselves. Did EA make a reasonable attempt to save these titles? Did they feel any responsibility or duty to try and keep these titles going some way, somehow, out of a commitment to their consumers? Or was the sole concern, from start to finish, purely financial?

There’s another facet to the shutdown of these games that is particularly unsettling. The Sims Social, Simcity Social and Pet Society are not merely singleplayer games. These are games with communities built around them – actively promoted and encouraged by Electronic Arts themselves. Part of their business model was to get people mentally invested in these titles, to promote a personal connection between the player and the game, to form links and bonds between other players. They encouraged the player – strongly encouraged – to advertise these games to their friends and family, to form bonds with each other over the titles. It’s one thing for a game to no longer receive support from its developers – that’s an eventuality no matter what the game is. But when a title is strategically interwoven with social media, personalization and emotional bonding as a means to promote itself, it seems a little callous to just yank the plug on it with little apparent hesitation or concern.

I am a man who respects the desire to make money, to run an efficient and profitable company. I understand that sometimes tough choices have to be made, and that a decision to end a popular social game is not the end of the world regardless of the reasons behind it. But I also expect a company to have more concerns than the purely financial. I doubly expect it out of a company whose products can be called art, and whose product development involves creating and promoting online communities. When Electronic Arts – or any other company – presents the image of an entity that will build communities it ultimately has no concern over, or of generally regarding the consumer is little more than the tricky obstacle standing between their company and the consumer’s wallet, my opinion of them starts rolling towards the gutter. Once a company has that image, I’m not going to trust them whenever their game has a heavy reliance on social media, an active community, multiplayer, online aspects, or otherwise. Until Electronic Arts start to improve not just its business operations but its interaction with the gaming community in general, players should be skeptical of relying on them on any of those fronts.

Victor Grunn has been a gamer since the days of single-button joysticks and the Atari 800XL. When not lamenting the loss of the Ultima series or setting people on fire in Team Fortress 2, he's an aspiring indie game developer and freelance writer.
Related Articles: Pet Society, Simcity Social, The Sims Social
Share
Tweet
Share
Submit