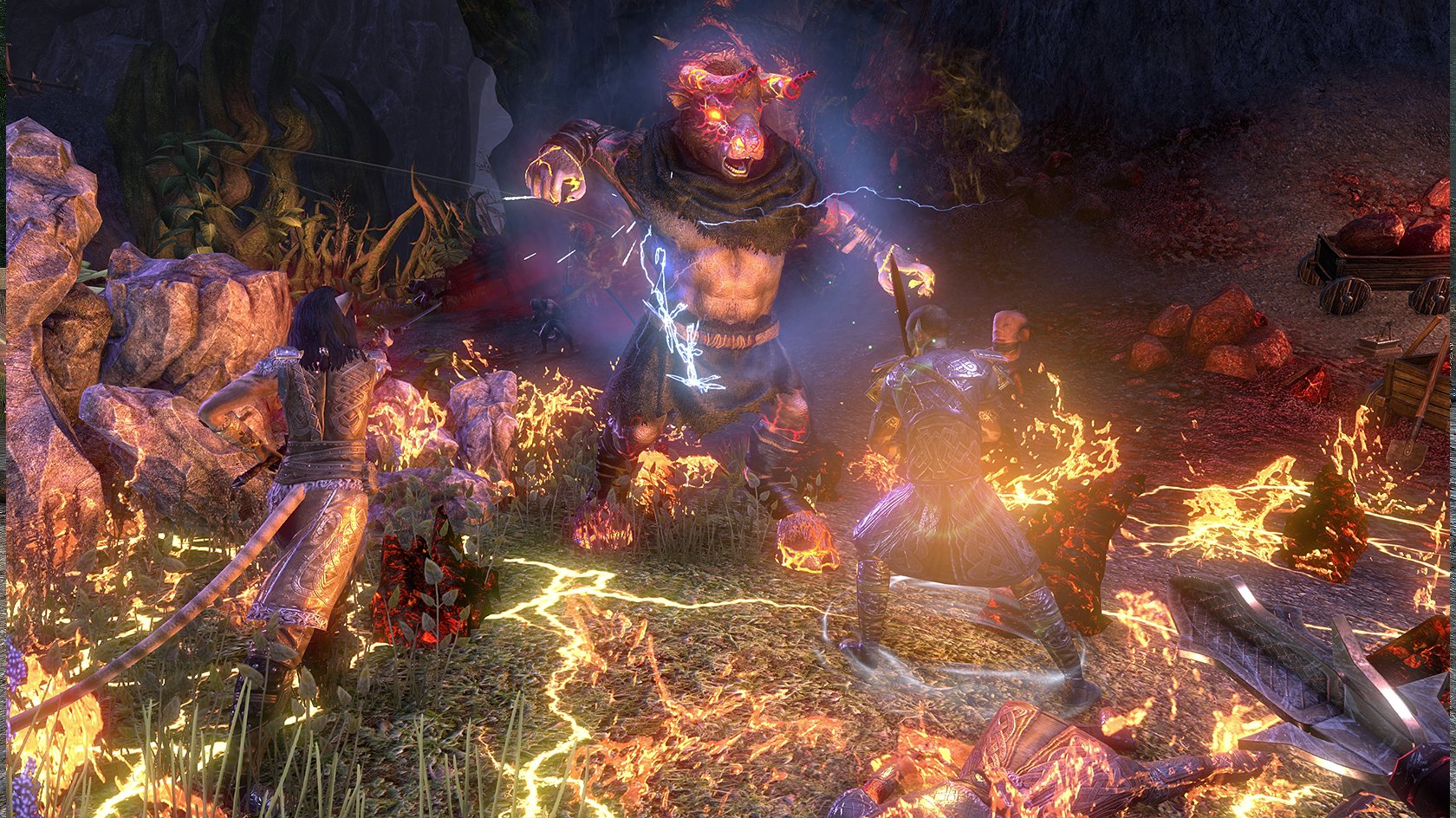 The first DLC since the launch of Elder Scrolls Online: Morrowind has been released today with two new dungeons. Falkreath Hold and Bloodroot Forge are both part of the same pack, Horns of the Reach, and can be purchased for 1,500 crowns from the in-game Crown Store.

In addition to Horns of the Reach, Update 15 has been released for all players and adds a new arena to the new Battlegrounds PvP area, Arcade University, free for everyone that owns ESO: Morrowind. There is also a new game mode available: Chaosball, where players capture and protect a “ball” to score.

The Horns of the Reach DLC and Update 15 are now available for players on PC/Mac. PlayStation 4 and Xbox One players will have to wait until August 29th to get their hands on it. For more information on the update and a complete list of changes visit the official Elder Scrolls Online website.