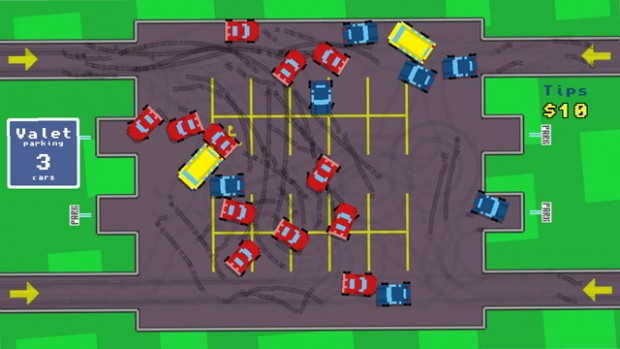 Austin’s always been a hotbed of video game activity, but it seems like they’ve been knocking it out of the park lately. With SXSW’s interactive scene blowing up, to video game collective Juegos Rancheros, the city has put a huge emphasis on independent development and artistic expression in interactive entertainment.

And coming up soon is the Fourth Annual Fantastic Arcade, a collection of twenty indie games specially featured at Fantastic Fest. They’ve specifically selected eight out of those twenty to highlight, “by virtue of their ‘arcadiness,'” and will be featured in specially designed, custom arcade cabinets. Those games are:

Wasteland Kings (Vlambeer)
Wasteland Kings is a post-apocalyptic action roguelike about mutants fighting for the throne. Find powerful weapons, uncover secret areas and grow new limbs, all in a couple of minutes.

Panoramical (Fernando Ramallo, David Kanaga)
Panoramical is a series of interactive musical landscapes. Players alter abstract environments, gradually changing the worlds’ shapes and sounds. Every combination produces a different visual and musical landscape that is generated on the fly.

Q.E.D. (Stephen Ascher)
Q.E.D. is a breakdancing videogame. It is bouncy and squishy. It is about the joys of kinesis. It is about busting an unfathomably wicked move in front of your rival and then striking a b-boy pose and uttering, cooly but decisively, “Q. E. D.”

Starwhal: Just the Tip (Breakfall)
Starwhal is a multiplayer game of floppy mayhem. Use all your space narwhal skills to pierce other players’ hearts while keeping yours safe!

No Brakes Valet (Justin Smith)
Park all the cars as best you can. Do you have brakes or no brakes? Sometimes it’s hard to tell.

Towerfall (Matt Thorson)
TowerFall is an archery combat platformer for up to 4 players. The core mechanics are simple and accessible, but combat is fast and fierce.

This seriously looks amazing, and I’d love to attend. If you’re in Austin, be sure to hit this up from September 19th through the 26th.