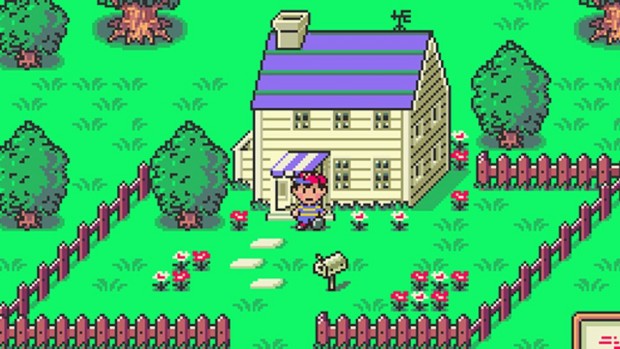 I knew today was going to be a good day — according to Nintendo’s website, cult classic and fan favorite RPG EarthBound will be heading to North American Wii Us today, by way of the Virtual Console.

Long time fans have been clamoring for a digital release since the Wii announced they’d be bringing classic Nintendo games as downloadable titles. But Nintendo, up until recently, has long ignored fans pleas, hoping that they’d be able to revisit the world of Eagleland without paying the exorbitant price gouging of eBay collector’s prices — finding a legitimate copy of the game (sans box or strategy guide) could run gamers several hundred dollars.

Now, according to Nintendo’s store page, you’ll be able to grab it today for $9.99. It may be a bit punishing (understatement) compared to recent games, but it’s definitely worth every penny — it’s not every day that you get to play a game that lets you order pizza and have it delivered to you.

UPDATE: According to a Nintendo Direct Mini, EarthBound will be available today. Also, the Player’s Guide originally included in the Super Nintendo release will be made available on EarthBound’s new website, and is optimized for Wii U Gamepad viewing. Bravo, Nintendo.