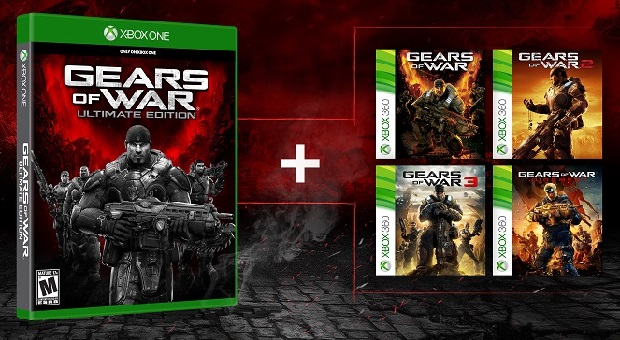 Microsoft has announced that those who buy the upcoming Gears of War remaster, Gears of War: Ultimate Edition will also receive copies of the rest of the Gears of War series for a limited time.

A post on the Xbox Wire explains that simply playing Ultimate Edition online between the game’s launch from August 25th and December 31st will allow players to download the original Gears of War, Gears of War 2, Gears of War 3, and Gears of War: Judgement through Xbox One’s backwards compatibility emulation when the feature launches later this year. This essentially makes Gears of War: Ultimate Edition a collection similar to the the rumored Marcus Fenix Collection that was shot down back in March.

Gears of War: Ultimate Edition recently went gold for Xbox One and will come to PC at a later date. Alongside the remaster, developer The Coalition is also developing the next game in the Gears of War franchise simply titled Gears 4.