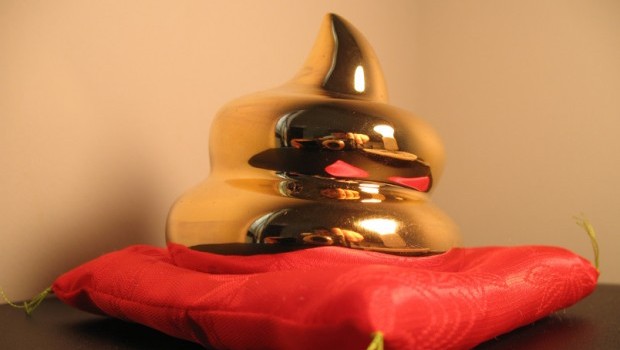 After a long, hard fought battle, and some rather deflective soul-searching, the public has declared EA to be the “Worst Company In America,” according to The Consumerist. EA defeated Bank of America in a landslide victory, with over 78% of the popular vote.

This is the second year in a row that EA has won the title, defeating companies like Ticketmaster, AT&T, and Facebook. The Consumerist states three reasons why EA handily “won” this year:

1) They were unable to “provide a product people want or like.” SimCity comes to mind, with its completely botched launch, but other titles like Medal of Honor Warfighter and Army of Two: The Devil’s Cartel were generic, bland, and mostly broken when they launched.

2) They didn’t “sell [their] product at a reasonable price,” notoriously leaving content out of the final product and selling it off piecemeal as DLC.

3) EA is either unwilling or unable to “support the products they sell.” EA’s customer support isn’t exactly known for their intelligence or ability to actually support customers, and there are few signs of it ever getting better.

While EA may be deflecting their nomination, claiming that “[t]his is the same poll that last year judged us as worse than companies responsible for the biggest oil spill in history, the mortgage crisis, and bank bailouts that cost millions of taxpayer dollars,” to them, The Consumerist has this to say:

“When we live in an era marked by massive oil spills, faulty foreclosures by bad banks, and rampant consolidation in the airline and telecom industry, what does it say about EA’s business practices that so many people have — for the second year in a row — come out to hand it the title of Worst Company In America?”