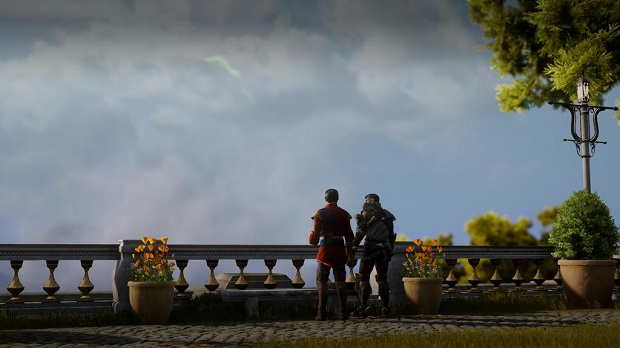 While Electronic Arts has had plenty of games be inclusive to the LGBT community, according to the company’s Senior Conversation Manager, Daniel Lingen, those who want to see more content like gay romance in Bioware games are going to need to be more vocal than they have been in recent years if characters and stories that are represent this community are to be include in the company’s games.

Lingen works at EA by curating online feedback and community responses to current events and the company’s games, and his findings apparently don’t typically result in demand for LGBT content.

Speaking with Advocate, Lingen explained that while requests for inclusivity like women’s sports teams in games like FIFA are plentiful, requests for queer content “seldom” come through his office.

I think the LGBT community is doing it wrong,” says Lingen. “If we as a community want to create LGBT games on a mass scale, we have to talk about it.”

Lingen explains that EA “look(s) at everything,” whether it’s blog posts, forum rants, or tweets to determine what people are talking about and asking for, and advises those looking for LGBT subject matter to be more vocal, as interactions like these between developers and consumers helps to inform what makes its way into EA’s games.

Despite Lingen’s findings, some EA games, specifically from Dragon Age and Mass Effect developer Bioware, have been very inclusive to the LGBT community with gay characters and romantic options, and even tackled concepts like conversion therapy and parents abusing gay youth. Earlier this year, Dragon Age: Inquisition was recognized by the GLAAD for its portrayal of LGBT characters.

For more on the importance of LGBT representation, check out one writer’s story about how Mass Effect helped him come to terms with his sexuality.