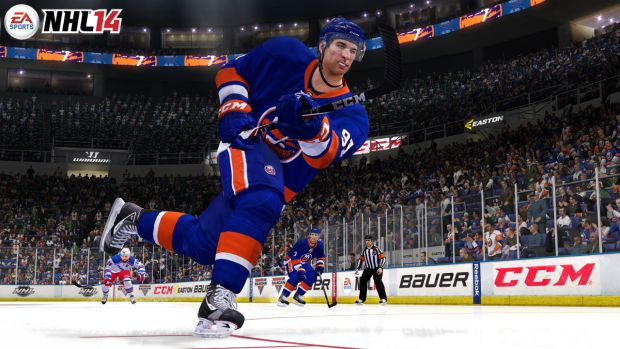 Today EA Sports unveiled their final developer diary for the upcoming NHL experience, NHL 14. This time around, they announced a brand new fighting system powered by “Fight Night” technology. As many fans of the series will attest, this is an overdue update on a fighting system that seems to become more awkward and uncontrollable year by year. Granted fighting is far from the whole experience, here’s to hoping this Fight Night tech is the answer to our face smashing needs.

NHL 14 will release on September 10th for Xbox 360 and Playstation 3 and you can check out the full Developer Diary on the NHL 14 blog here. Below is a trailer highlighting the Fight Night tech.

In other news, I really want a new Fight Night game.