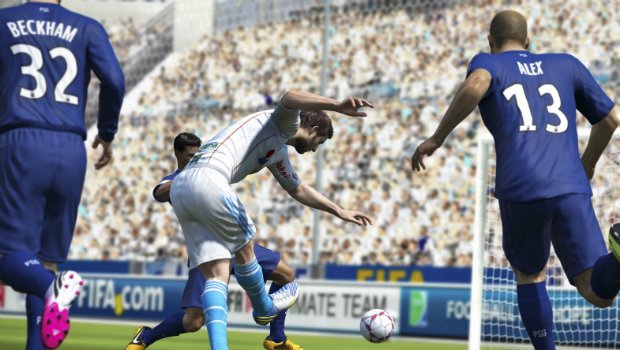 It’s not all bad over in EA Land, as the leading international sports association, FIFA, has once again reached a long term extension agreement with EA Sports, according to an EA press release.  The deal extends through 2022, and includes rights to all FIFA-branded action or management games.

“EA Sports released the first FIFA-branded soccer game in 1993, and 20 years later our partnership with FIFA continues to be very strong,” said Andrew Wilson, Executive Vice President of Head of EA Sports. “Our franchise has become the benchmark for quality and innovation in the sports videogame genre.”

While most news from EA as of late has been disheartening (to say the least), the continued work with FIFA is a bit of good news from EA.  The EA Sports FIFA gaming titles hold a rare distinction of being both commercially successful and extremely well made.  Unlike many titles from the company which suffer from stagnation and become glorified roster updates, the FIFA games always come with surprisingly clean and visually striking new effects on the pitch, and EA has routinely improved the quality of gameplay within the FIFA Franchise.

“The FIFA videogames are a key experiential component in our work to communicate the FIFA brand and its values all over the world,”  said Jérôme Valcke, FIFA Secretary General. “This is highlighted by the 2.5 million football fans that have competed in this year’s FIFA Interactive World Cup, which is just one example of the power of our partnership with EA”.