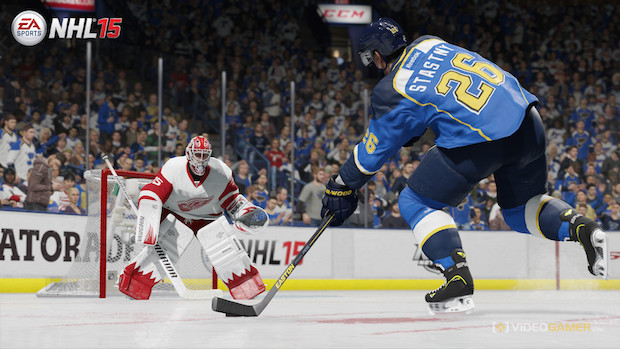 EA Sports has confirmed what we all assumed, the NHL series will be returning in 2015 with NHL 16.

Not much has been said about the forthcoming sports title, but the announcement press release referenced playing as a team quite a bit. What these team-related implementations could be has yet to be revealed, but one could guess they will be focused on gameplay rather than modes.

Team has been the heart of hockey for as long as it’s existed, and this year it’s at the heart of NHL 16. We looked to our biggest fans and asked them to be a part of our team. Their most requested features and modes are in the game and include new experiences that make NHL bigger and better.

While a launch date is not confirmed, the NHL video game franchise has become a consistent release in the month of September.

If you have any requests for features you want implemented, or any questions you may have, for/about NHL 16, you can put those here. To prep for the newest installment in the NHL franchise, you can check out the Gaming Trend review for NHL 15.