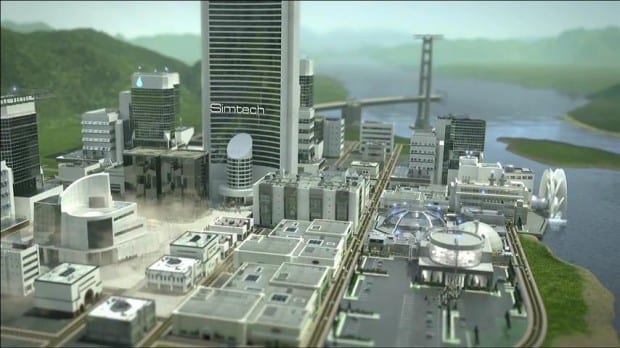 Sim City holds a very special place in my heart. I remember back in middle school, I had this technology fundamentals class; at least, that’s what I think it was called. Whatever it was, it was a thinly veiled attempt at letting the nerdy kids in school mess with computers an hour out of the day — you know, for learning. One of the stations had Sim City 2000 set up on it, and my favorite moments in that class were spent shouting at the game, wondering why no one was moving into the areas I had zoned off for buildings. It took me a whole week to realize that those houses would probably want water and electricity. Once I connected them — presto! — buildings sprung up like magic, a veritable metropolis bursting up from the ground before my very eyes.

Playing the game, I learned about how entire cities functioned. People have very basic, fundamental needs — shelter, water, power, food, etc. — as well as more complex needs — good schools, decent highway systems, places to work — and finding out all of this through a video game was eyeopening for a twelve year old. There is a very complex, hugely intertwining system at work that governs our day to day interaction with our city, and how we live in it; that someone was able to make a game out of all of it, and make it fun, is a testament to the importance of video games in our education. I mean, sure, we turned some codes on and let a giant alien wreak havoc upon our cities when we were done, but we still learned valuable lessons about civics, economics, and human necessity.

That’s why it’s so cool that EA is actually hosting activities in Washington, D.C. to drum up support for STEM (Science, Technology, Engineering, and Mathematics) fields. They could have simply turned out a decent sequel to one of the most renowned city-building simulators of all time and called it a day. Instead they are using it to show the importance of interactive education within these fields. So much so, that they’re hosting a panel this Friday called “Learn. Build. Create.: Connected Learning Over the Next 4 Years.”  EA will demonstrate their new game, and will also explain how they and partners GlassLab can use Sim City to help students learn about civic development, and teach children the importance of STEM fields through gameplay.

I wonder if they’ll also show off the importance of Godzilla-proofing your town. One can never be too careful.