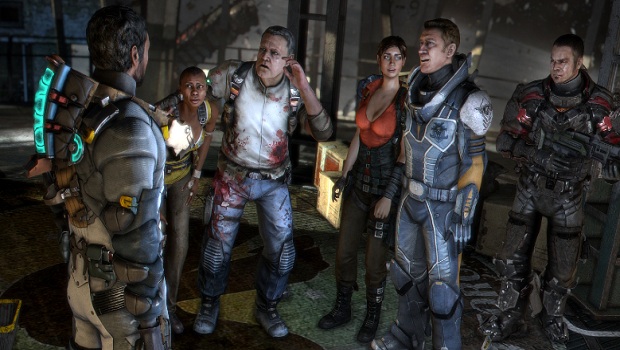 EA has cancelled development of Dead Space 4, which had been in pre-production at Visceral Studios and Visceral Montreal. Their reasoning? Dead Space 3 didn’t sell well enough. According to VideoGamer.com, Visceral Montreal may have closed following the decision.This news joins the cancellation of the Medal of Honor franchise in January and layoffs last month in signalling major changes in the works at EA. The news might come as a shock to fans of the series, but maybe not to those involved. From the VideoGamer report:

As well as discussing Dead Space 4’s alleged cancellation, our source also gave us further insight into Dead Space 3’s development, telling us that the game was almost cancelled partway through its development, and saw continuous cuts made to its budget throughout production.

Weapon-specific ammo was allegedly switched for generic ammo late in development, too, as a method for shoehorning in the game’s controversial micro-transactions.

EA also advised Visceral that Dead Space 3 needed to appeal to a wider audience than the series’ previous two titles, our source added, and the studio was reportedly told to focus on action over horror in an effort to make the game feel more like BioWare’s Mass Effect.

Earlier, EA had suggested to CVG that Dead Space 3 would have to sell over 5 million copies to justify continuing the franchise. Official sales figures have not yet been released.

UPDATE: According to Kotaku, both EA and Visceral are denying that the Dead Space franchise has been cancelled. From their report:

“The reports of our death were greatly exaggerated,” said Dino Ignacio, a member of the Dead Space development team, over Twitter. Another Visceral Games developer, writing on NeoGAF, called the rumor “completely false based on my knowledge.”

An EA spokesperson at first told Kotaku that the company wouldn’t comment on rumor or speculation, but later added: “While we have not announced sales data for Dead Space 3, we are proud of the game and it remains an important IP for EA.”

Additionally, EA’s PR team has called the VideoGamer.com report from earlier today “patently false”, and EA’s creative director has said on Twitter that “almost nothing in that article is true”.